Mumbai Indians, Delhi eager to get off the mark

Mumbai’s power-packed batting line-up hasn’t really fired in unison and the subdued form of skipper Rohit Sharma is a concern for the home team. 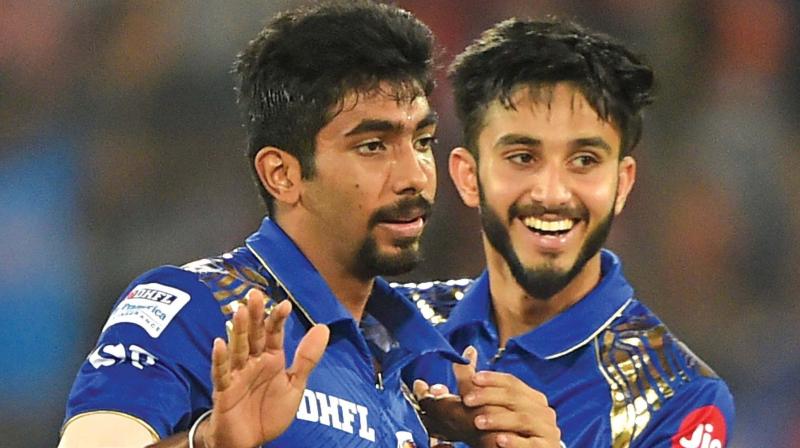 Mumbai: After having suffered two defeats in as many games, both Mumbai Indians and Delhi Daredevils would be eager to get off the mark when they meet at the Wankhede here on Saturday. While defending champions Mumbai fell short in two nail-biting thrillers, Delhi’s defeats were comprehensive.

Mumbai’s power-packed batting line-up hasn’t really fired in unison and the subdued form of skipper Rohit Sharma is a concern for the home team. Rohit who had made 15 against Chennai Super Kings was dismissed for 11 against Sunrisers. Opener Evin Lewis showed glimpses of his prowess on Thursday by smashing three fours and two sixes in his 17-ball 29 before falling prey to Siddarth Kaul’s knuckleball.

Hardik Pandya, who had twisted his ankle during the opener against CSK and subsequently sat out of Thursday’s game, is set to return. Mumbai bowling coach Shane Bond said: “We did not want to risk him for this (against Sunrisers) game. Hopefully, he will be fit for the next game.”

Young leg-spinner Mayank Markande has been the find of the season for Mumbai. He has taken seven wickets and even impressed his opponents. Sunrisers’ Rashid Khan was all praise for Mayank. “I watched him in the first game. He bowled really well. The way he bowled is amazing. I am really impressed by him. Leg spinners are all about once they get their line and length right, that’s what he did, you can bowl against any batsman in any condition,” Khan added.

On the other hand, perennial underachievers Delhi’s fortune hasn’t really changed despite making large-scale changes in coaching staff. The injury to South Africa pacer Kagiso Rabada seems to have affected the plans of Ricky Ponting’s side. Their last game against Rajasthan Royals turned out to be a rain-truncated contest and skipper Gautam Gambhir dropped down the order in a bid to let his power-hitters chase down the target. The contest between Gambhir and young spinner Mayank will be an exciting one.