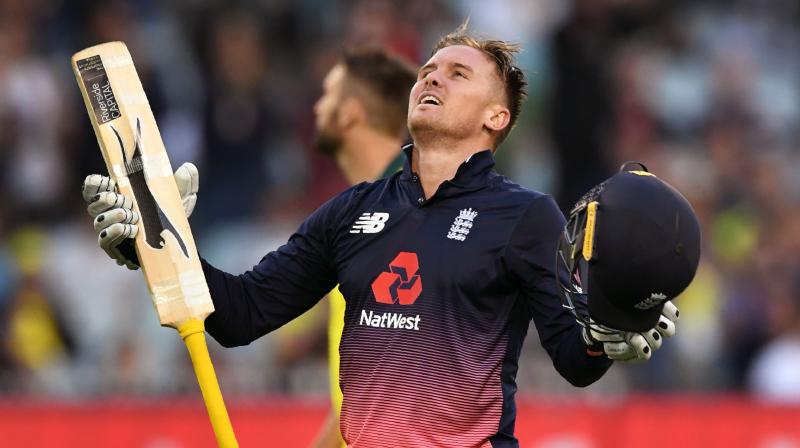 Melbourne: Opener Jason Roy produced a superb performance with the bat as England thrashed Australia by five wickets, here at the Melbourne Cricket Ground (MCG) on Sunday to win the opening match of the Gillette ODI series. This is also England's first win of the tour after a dismal Ashes performance.

Moreover, his 180 is also the highest score by a visiting batsman in Australia.

A 221 run stand between Roy and Joe Root (91*) also powered England to become the first team to chase down a 300+ score at the MCG.

Pat Cummins and Mitchell Starc picked up two wickets each.

The second ODI will be played on January 19 at The Gabba in Brisbane.