Parthiv Patel got good support from the other end, with Manprit Juneja scoring 54. 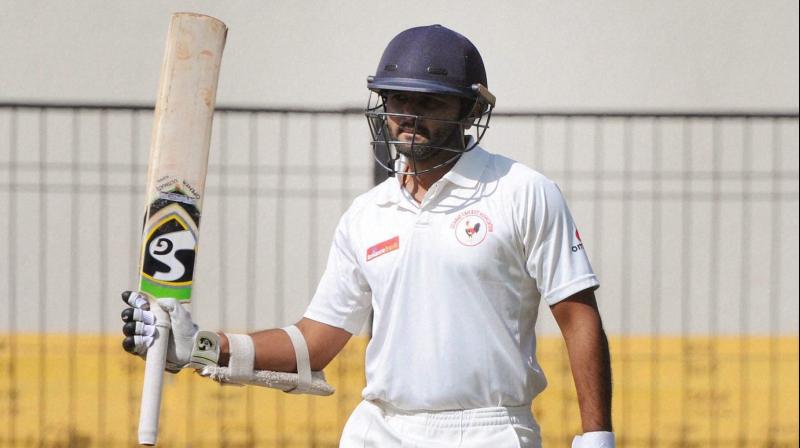 Indore: Parthiv Patel capped-off a brilliant season for Gujarat after winning the Ranji Trophy final for Gujarat, notching up the maiden title for the state at the Holkar Stadium in Indore, on Saturday.

Captain and wicketkeeper Parthiv Patel notched-up a solid 143 to help guide Gujarat to a win against Mumbai in the final.

Parthiv recently made a comeback to the international stage, and played three Tests against England, at Mohali, Mumbai, and Chennai.

The 31-year-old scored his fifth century against Mumbai, in First Class cricket. Incidentally, he has not scored more than two 100s against any other First Class side.

The Gujarat captain got good support from the other end, with Manprit Juneja scoring 54. Balwinder Sandhu was the pick of the bowlers for Mumbai in the second innings, picking up two wickets for 91 runs.

Earlier in the game, Gujarat had skittled Mumbai out for 228 and proceeded to take a 100-run lead in the first innings.

While Mumbai put up a challenging 411 in their second essay, the 100-run first innings difference proved to be too big in the end.

Chintam Gaja starred with the ball earlier for Gujarat, picking up six wickets for 121 runs.