We are right at the top: Virat Kohli lauds Indian pacers

Kohli said post-retirement of Zaheer Khan and other 'stalwarts', they were worried but now he could not be happier. 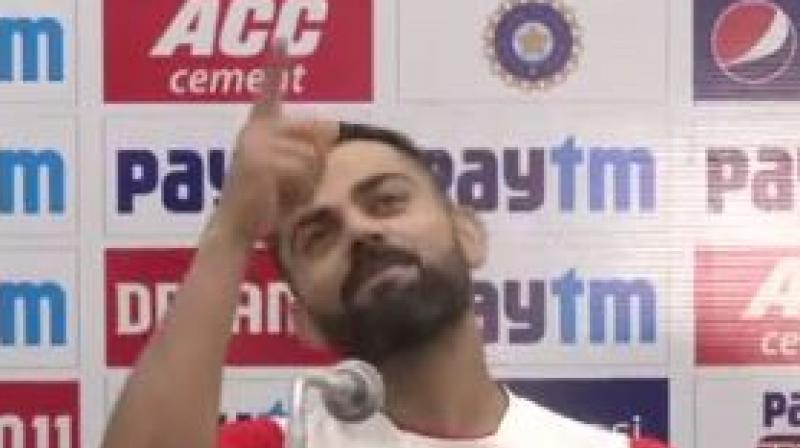 "If you ask me, we are right at the top. I would not even count ourselves among three and these guys deserve it. As a captain, when we started off that was the conversation and that was the one thing in mind that I really wanted to see that our fast bowlers should dominate world cricket," Kohli said in the pre-match press conference here on Wednesday.

Kohli said post-retirement of Zaheer Khan and other 'stalwarts', they were worried but now, looking at the current scenario, he could not be happier.

"Batting was never an issue, spin was never an issue. After Zack (Zaheer Khan) and all these stalwarts went away, we were thinking about how we can get back to the top and have the ability to pick 20 wickets. So, just seeing the way they bowl, it is the belief that stands out," he said.

"...I could not be more happy for them. And the best thing is that they are still not done yet. They are getting more and more hungry every time they step out and they love bowling together, I think that is their biggest strength," Kohli added.

Earlier, after thrashing South Africa by 3-0 in the Test series, Kohli had said that India should have five-Test centres. Backing his idea, Kohli said it was not to take cricket away from any city but was just to promote Test cricket in India.

"If you look at the ratio, in Indore Stadium, many people came (to watch the match). But in other stadiums, there was not much crowd. When we go abroad to play cricket, we already know that we will play at MCG, Sydney, Perth, and Brisbane. There, we know what to expect," Kohli said.

"If we talk about the crowd, they will come during T20I and ODI and no seat will be vacant. But in Test, you may find some seats. So, it is a very deep thing, it was not to criticise any city and take away matches from them. It was just about a vision that how we can take Test cricket forward," he added.