Sports   Cricket  13 Nov 2019  Harbhajan Singh was a bit of 'nemesis' for me throughout my career: Adam Gilchrist
Sports, Cricket

Harbhajan Singh was a bit of 'nemesis' for me throughout my career: Adam Gilchrist

During the series, Gilchrist scored a century in the first Test at Mumbai, but during the next two matches he was dismissed by bhajji. 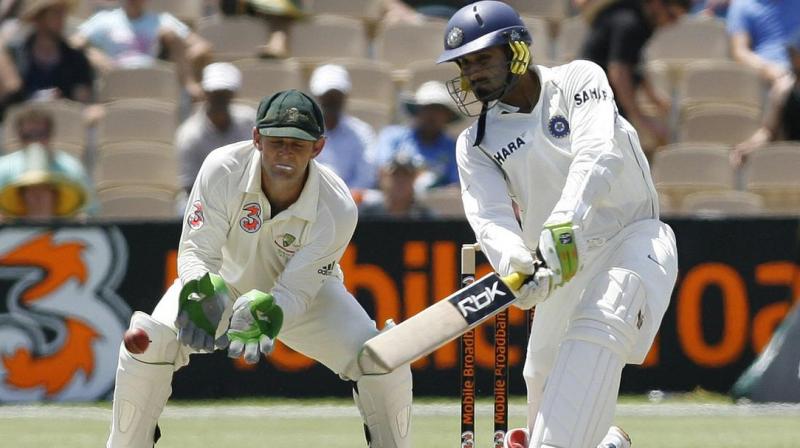 Former Australia wicket-keeper-batsman Adam Gilchrist has revealed that spinner Harbhajan Singh was one of the toughest bowlers he faced in his career and he even labelled him a 'nemesis'. (Photo:AFP)

Melbourne: Former Australia wicket-keeper-batsman Adam Gilchrist has revealed that spinner Harbhajan Singh was one of the toughest bowlers he faced in his career and he even labelled him a 'nemesis'.

Gilchrist also remembered the iconic 2001 series against India. The series was won by India, but till date, it is remembered for the Test match that was played at the Eden Gardens.

During the series, Gilchrist scored a century in the first Test at Mumbai, but during the next two matches, he failed to leave a mark as Harbhajan kept on dismissing him.

"We were five for 99, I went in there, got a hundred off 80 balls, we won in three days and I just thought, 'What have these blokes been doing for 30 years. How easy's this? And how wrong I was. We've only got to fast forward to the next Test match and I came back to reality," cricket.com.au quoted Gilchrist as saying.

"As it would turn out, by the end of that series we probably needed to learn how to put a handbrake on just to get a holding pattern, rather than 'attack, attack, attack' because it doesn't always work - Harbhajan bamboozled us. He was a bit of a nemesis for me right throughout my career. I found him and Murali probably the two hardest bowlers to face," he added.

During the 2001 series, Gilchrist became the first Australian to record a king pair in Test cricket.

Harbhajan scalped 32 wickets in three matches, including the first-ever hat-trick for India.

During the Eden Garden Test, Australia was in a dominant position for the majority of the match and the game was a must-win for India after losing the first Test. Australians were in total control at the Eden Gardens as they enforced the follow-on.

In the first innings, the Sourav Ganguly-led side was bundled out for 171 in reply to Australia's 445.

In the second innings, Indian openers were dismissed and VVS Laxman came out to bat next. Nobody would have anticipated that the batsman would go on to produce a 'miracle' for the side.

He found support in Rahul Dravid and the duo went on to stitch together a partnership of 376 runs. Laxman and Dravid dismantled the Aussie bowling attack which comprised of Shane Warne and Glenn Mcgrath.

Laxman went on to score 281 and enabled India to produce one of the greatest comeback victories. This knock by Laxman was the highest score by an Indian batsman till 2004 which was later surpassed by Virender Sehwag.