Lad struck just seven boundaries during his 302-minute vigil at the crease. 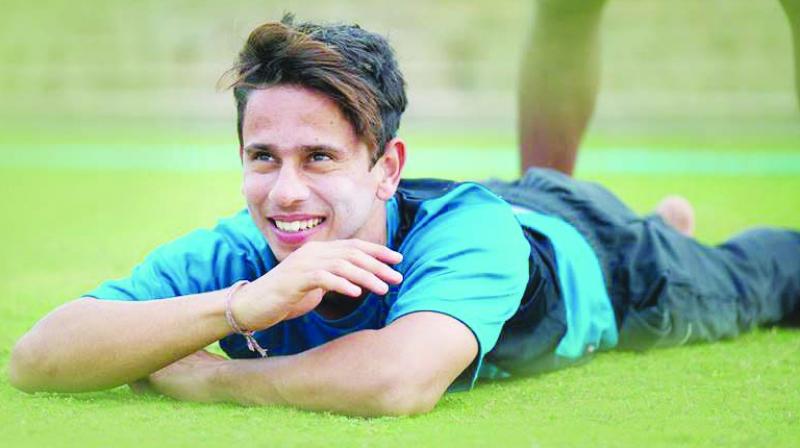 Siddhesh Lad yet again came to Mumbai’s rescue to emphasise his importance in the middle-order. Lad made an unbeaten 71 in 238 balls to help Mumbai draw the four-day Group C Ranji Trophy match against Baroda at Wankhede stadium on Sunday. Mumbai. who were bowled out for 171 in the first innings, made 260/7 in 120.4 overs in their second innings. Lad struck just seven boundaries during his 302-minute vigil at the crease.

Baroda though prevailed, taking three points courtesy a 404-run first innings lead while Mumbai remained content with one point. The hosts now have 11 points from four games and have to win their remaining two games to have a chance to progress to the next stage. The top two teams will progress and presently Mumbai are third in Group C headed by Andhra, followed by Madhya Pradesh.

Mumbai were playing at Wankhede after a long time due to the neutral venue rule last season. Memories of the loss to Jammu and Kashmir in the opener of 2014-15 season at this very venue were still afresh.

Expectations were high ahead of Mumbai’s 500th Ranji Trophy game, after Shreyas Iyer rejoined the squad with experienced Test batsman Ajinkya Rahane also there. But Iyer had an ordinary game and the idea to drop regular opener Akhil Herwadkar for him and open with skipper Aditya Tare didn’t work. Left-arm pacer Royston Dias’ injury early on the second day, who looked effective on that wicket, didn’t help Mumbai’s cause either.

The 25-year-old Lad however was the standout performer amidst the disappointing show from the home side. Lad has played crucial knocks in the last couple of seasons and this season after an average two games has risen to the occassion twice in as many games.

The Borivali lad followed by his match-winning hundred against Odisha in Bhubaneswar with the match-saving innings on Sunday.

The stylish right-hander scored 50 in 114 balls. He got a life when he skied an attempted pull shot from Swapnil Singh on 57 (149b) but the ball was ruled a no-ball by the third umpire. Later he became more cautious and added just 14 runs to his score in 89 balls. Such was his restraint, he remained stranded on 67 for 30 balls.

He stood up amidst the adversity despite the dismissal of senior batsmen Rahane and Suryakumar Yadav in each session. Lad came to the crease after Rahane (45, 134b) was cleaned up by left-arm spinner Swapnil Singh after 87 minutes of play on Sunday. Mumbai, who started the day at 102/4, were staring at an innings defeat.

But Lad defied the Baroda bowlers till lunch in the company of vice-captain Suryakumar (44, 132b). The duo carried on after lunch until Suryakumar, like Rahane went backwards to a vicious spinner from skipper Deepak Hooda, only to see his stumps rattled.

With the ball taking a vicious turn, Lad survived some anxious moments along with partner Dhawal Kulkarni but saw out the day.

“Pressure situations bring the best in me. I was motivated to save the game in the 500th Test. It was on my mind since last night. I play for the team, which helps me to curb instincts in such situations,” Lad said.