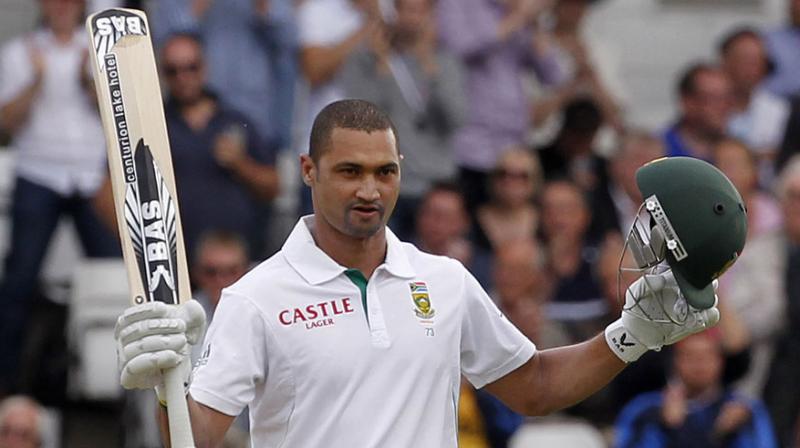 faces a slew of charges, including “seeking to accept, accepting or agreeing to accept a bribe or reward to fix or contrive to fix or influence improperly a match or matches”. (Photo: AFP)

Petersen, who played 36 tests between 2010 and 2015, has been provisionally suspended from all cricket activities by CSA's Anti-Corruption Unit.

Petersen, 35, said this year that he had blown the whistle on a conspiracy to fix games in the 2015 season which has already led to bans for fellow former Proteas players Gulam Bodi (20 years) and Thami Tsolekile (12 years).

But he now faces a slew of charges, including “seeking to accept, accepting or agreeing to accept a bribe or reward to fix or contrive to fix or influence improperly a match or matches”.

Petersen faces nine counts of failing to disclose approaches by suspected match fixers to Anti-Corruption officials and he also stands accused of hindering the investigation into the fixing syndicate.

Petersen has spent the last two seasons playing for English County Lancashire, but has said he is unlikely to return in 2017 for family reasons.