Tim Paine is eagerly waiting to play at Lords

Paine will be returning to this ground as a more mature player and said that earlier he put 'too much' pressure on himself. 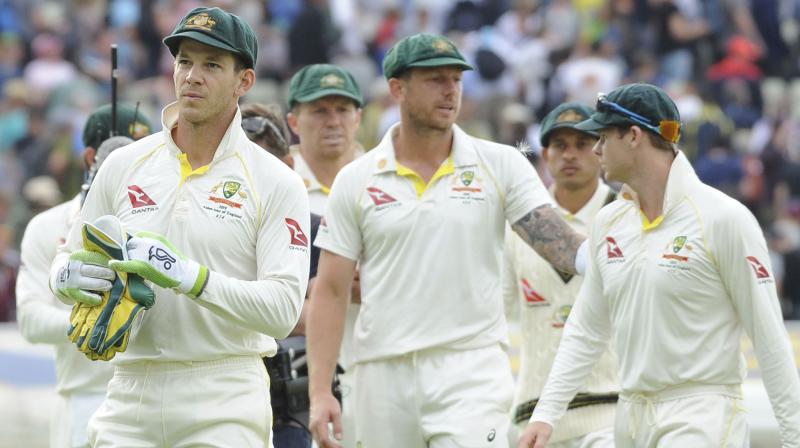 It has been nine years since Tim Paine made his debut at the Home of Cricket and is set to return to this prestigious ground as the second Ashes between Australia and England will be played at Lord's. (Photo:AP)

"I've been here a number of times since [the debut], but I still sort of remember coming through those gates the first time. It's one of those grounds, you get a similar sort of feeling, whether you've been here 10 times, 100 times or it's your first time. It's just got that sort of feel about it with the history. I think it's just a special place to come and play cricket," ICC quoted Paine as saying.

It has been nine years since Paine made his debut at the Home of Cricket and is set to return to this prestigious ground as the second Ashes between Australia and England will be played at Lord's.

"Everyone, whether you're English or Australian or from anywhere else, you enjoy coming to this ground," he said.

Paine will be returning to this ground as a more mature player and said that earlier he put 'too much' pressure on himself.

"I probably know a few more things now than I did then. I know one thing is that I certainly take it in a lot more now, enjoy what I'm doing. I think back then, I put a hell of a lot of pressure on myself to perform. Probably too much. Even though I was young, I didn't enjoy the cricket as much as I did the off field. Now I tend to enjoy the cricket more than I do the off field. So it's a nice place to be," Paine said.

Australia have 1-0 lead in the five-match Ashes Test series and England pacer Jofra Archer is set to make his debut in the longest format. Paine praised Archer calling him a 'great asset' for England.

"Coming into this series, we knew Jofra was going to be a key player for them at some stage. We are a bit lucky, given the guys have faced him, albeit in Big Bash cricket. We know how good Jofra is, we know he bowls fast, we know he is very skillful, he is a great asset for them. It's not every day a 6'5 or 6'6 West Indian turns up on your doorstep. We're prepared to play him, it's his first Test match as well, so there is going to be plenty of pressure on him," he said.

The second Ashes will commence from August 14.