England have made it to their fourth World Cup final whereas New Zealand have reached the final for the second time. 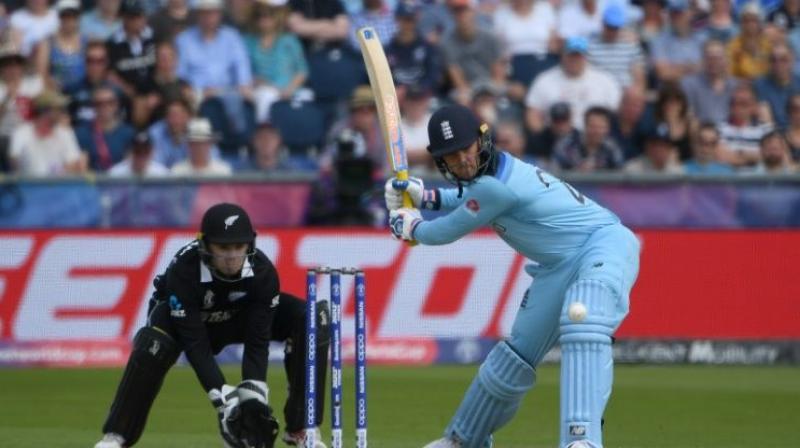 New Delhi: Both England and New Zealand would look to win their first ever 50-over World Cup trophy when they take on each other in the final of the ongoing ICC Men's Cricket World Cup on Sunday at the Lord's Cricket Ground.

England have made it to their fourth World Cup final whereas New Zealand have reached the final for the second time.

The three lions last made it to the final in 1992 whereas the Kiwis reached the final in the 2015 World Cup as well.

England had finished the group stage at the third position with 13 points from nine matches whereas New Zealand finished at the fourth spot with 11 points.
When these two teams faced off in the group stage, England came out triumphant as they defeated the BlackCaps by 119 runs.

Here are the key players to be watched out in in the final:

Boult had finished the 2015 edition as the tournament's joint highest wicket-taker with Mitchell Starc. He has become one of the most successful fast bowlers of New Zealand. Boult has picked up 17 wickets so far in the tournament. He took the crucial wicket of Indian skipper Virat Kohli in the semi-final match against India. Apart from his fast bowling, he is also known for his sharp fielding skills. He denied West Indies' Carlos Brathwaite from finishing the game against Kiwis as he took a brilliant catch of Brathwaite on the boundary. In the same fixture, Boult picked up four West Indian wickets.

Roy, the right-handed free-flowing batsman of England, has been in tremendous form in the ICC Men's Cricket World Cup so far. In the team's match against Bangladesh, the player played a knock of 152 runs, enabling his team to post a total of 386 runs on the board. Roy allows the team to get off to a quickfire start at the top and England would hope that the batsman continues his rich vein of form in the tournament. Roy has scored 426 runs in the tournament so far at an average of 71 and a strike rate of 117.03. In the semi-final against Australia, Roy provided the quickfire start, enabling the hosts to make light work of the target.

New Zealand skipper Williamson has been a guiding force for his team. He has scored 548 runs in the ongoing World Cup. He held the innings for the Kiwis in the semi-final against India. With each passing game, Williamson's performance has gotten better. He has scored two centuries in the tournament so far and has also provided his off-spin services to the team when in need. Under his leadership, the Kiwis won five matches from nine fixtures in the group stage.

Archer, who did not find a spot in the preliminary squad, proved that his inclusion in the final squad was a wise decision as he took three wickets in the opening World Cup match against South Africa. In England's World Cup warm-up match against Afghanistan, Archer got hold of three batsmen and helped his side restrict the opponents on just 160 runs. The bowler has been seen rushing the batsmen in the tournament and so far he has scalped 19 wickets in the World Cup, and he is on the third position in the leading wicket-takers list in the ongoing World Cup.