Jagdale said that the better team came out triumphant on Wednesday and the Men in Blue did not play bad cricket. 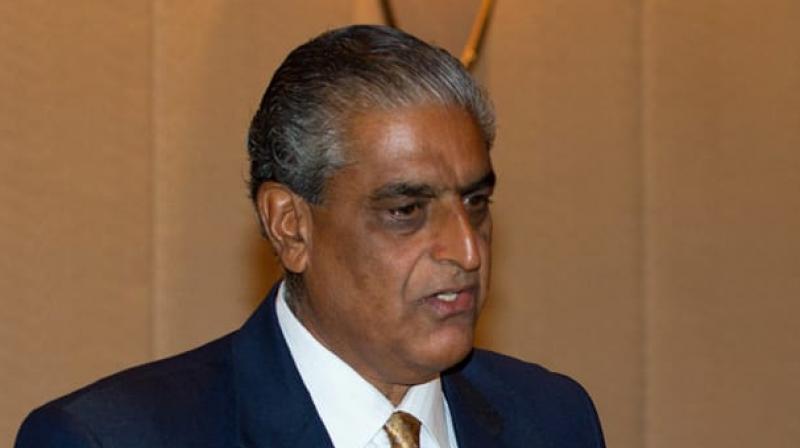 The Indian team tried many options at the number four batting slot before the World Cup. (Photo: AFP)

Indore: Former Board of Control for Cricket in India (BCCI) Secretary, Sanjay Jagdale on Saturday said that in his opinion Ajinkya Rahane should have been the number four batsman in the team's World Cup squad as he brings solidarity to the lineup.

"In my opinion, the Indian team needs a batsman like Ajinkya Rahane at number four. We have tried many options at the batting position for the past three months. We tried those batsmen who did not have a good record overseas. Rahane has always scored good runs in England," Jagdale told ANI.

The Indian team tried many options at the number four batting slot before the World Cup. Ambati Rayudu was given a consistent run at the batting position, but when the squad was announced Vijay Shankar was named in the squad.

But Shankar failed to leave a mark and later he was ruled out of the tournament due to a toe niggle. Rishabh Pant replaced him in the squad. Jagdale said that both Pant and Rahane should have been given consistent run in the ODI side as they have a good overseas record.

The Indian team was knocked out of the World Cup as the side lost against New Zealand by 18 runs in the semi-final. Jagdale said that the better team came out triumphant on that day and the Men in Blue did not play bad cricket.

"The better team won on that day. It's not like we played bad cricket. There was a small patch where we did not execute our skills better, New Zealand bowled exceptionally well. Indian team played a good brand of cricket throughout the tournament," Jagdale said.

The Virat-Kohli led side failed to chase down 240 in the semi-final. The Indian team had gotten off to a bad start in pursuit of the target as their opening three batsmen were sent to the pavilion with just five runs on the board.

Ravindra Jadeja and MS Dhoni tried their best to revive the innings, but their dismissals paved the way for a Kiwi win. Jadeja was dismissed for 77 whereas Dhoni was sent back to the pavilion after playing a knock of 50 runs.

In the other semi-final, England defeated Australia by eight wickets to enter the finals.

With England and New Zealand set to lock horns in the finals, a new World Cup winner is guaranteed as these two sides have never won the tournament before.
England takes on New Zealand in the final on July 14 at Lord's Cricket Ground.