The Supreme Court-appointed CoA, headed by Vinod Rai, will conduct the interviews for all positions after the showpiece in England. 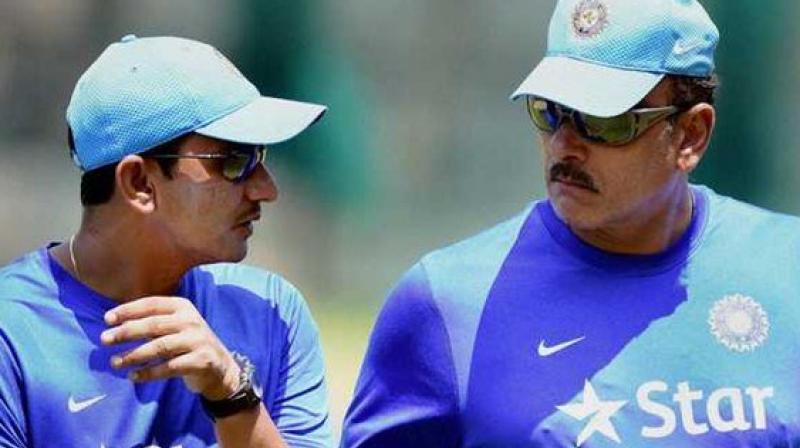 New Delhi: India head coach Ravi Shastri and his support staff, whose contracts end with the conclusion of the World Cup, will be handed a 45-day extension by the Committee of Administrators.

The Supreme Court-appointed CoA, headed by Vinod Rai, will conduct the interviews for all positions after the showpiece in England.

"After some discussion, the CoA decided that the contracts for the support staff can be extended by 45 days on an ad-hoc basis and that interviews of the support staff should be conducted after the World Cup," the minutes of CoA meeting, uploaded on the BCCI's website, said.

The matter related to the extension of contracts of the support staff was taken up after the Supreme Court hearing in March.

"As the CAC's involvement is required for the purpose selecting a Head Coach, as a preliminary step, the BCCI management should speak to the members of CAC and ascertain what is their expectation vis-à-vis remuneration/compensation for their services and a draft of the terms of reference for the CAC should be prepared and circulated for CoA's consideration," the minutes added.

According to Clause 24 (5) of the new BCCI constitution, the CEO appoints team officials for the Indian teams, while the head coach of each team shall be appointed by the Cricket Advisory Committee.

However, the CAC, which included former India cricketers Sachin Tendulkar, Sourav Ganguly and VVS Laxman, stands dissolved after they made it clear to BCCI Ethics Officer DK Jain that they won't take up these responsibilities following conflict-of-interest cases filed against them.

Interestingly, Shastri and the support staff doesn't have any clause of extension in their contracts.