ICC wants commentators to be 'fair' after Michael Holding saga

The Caribbean great was aghast at the string of umpiring errors during the West Indies-Australia match at Trent Bridge. 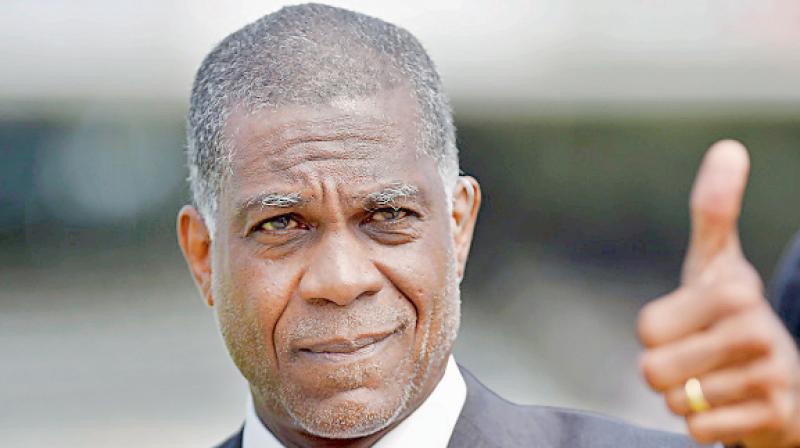 In the match at Trent Bridge, West Indies opener Chris Gayle received two reprieves on review after being given out on both occasions.

Nottingham: The International Cricket Council (ICC) wants commentators at the World Cup to be fair in their observations and has denied censoring West Indies great Michael Holding for criticising match officials on air last week.

The Caribbean great was aghast at the string of umpiring errors during the West Indies-Australia match at Trent Bridge and termed the standard of officiating ‘atrocious’.

According to a Times of India report, Holding’s outburst prompted a letter from ICC’s production partner asking the 65-year-old to tone down his criticism on air.

The report said Holding, a former pace great and an equally respected TV pundit, has replied to that mail saying he did not intent to “go down that road”.

“We have no intention of censoring anyone,” a source in the ICC, who declined to be named, told Reuters.

“We have only requested them to be fair in their comment. We want different views, that’s why we have former players in our commentary panel.”

The issue has since been sorted out and Holding will continue commentating, the source added.

In the match at Trent Bridge, West Indies opener Chris Gayle received two reprieves on review after being given out on both occasions.

He was unlucky to be dismissed leg before wicket to a Mitchell Starc delivery which should have been a free-hit but the umpires missed the front-foot no ball.

Holder later said it was “ironic” to be at the receiving end of the umpiring howlers.

“I guess honest mistakes from the umpires, I don’t want to get into the officiating part, but it’s just ironic,” the all-rounder said after his team’s defeat.

“I don’t even know what to say about it, but it is a funny situation where all of them went against us, and then we had to review them, but I guess that’s part of the game again.”