ICC CWC'19: West Indies bank on their pacers to guide them to a win

West Indies take on hosts and tournament favourites England at the Hampshire Bowl on Friday. 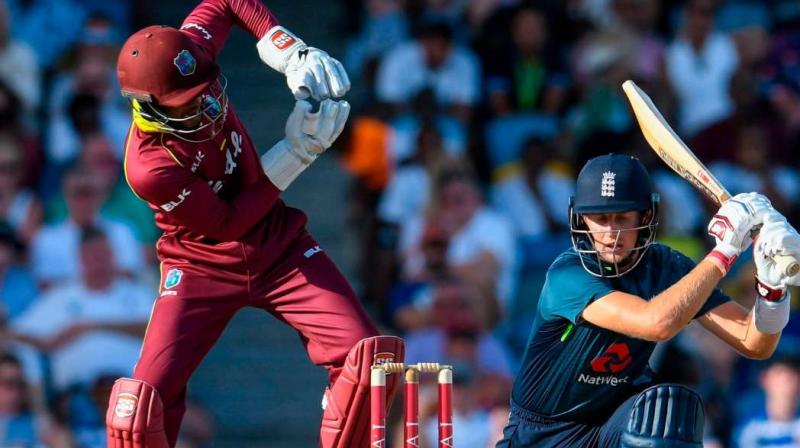 West Indies are coming off their defeat to Australia while England easily saw off Bangladesh in the last game. (Photo: AFP)

West Indies take on hosts and tournament favourites England at the Hampshire Bowl on Friday.

"We have quick bowlers too so it should be a lively game," said bowling coach Collymore - who also used to bowl around the 90mph mark in his early career.

"We have shown what we can do with our fast bowlers, we are good enough to take wickets with the new ball and then go from there," he was quoted as saying in the ICC website.

West Indies are coming off their defeat to Australia while England easily saw off Bangladesh in the last game.

Speaking further on fast bowling, Collymore said, "I don't think many people like the short stuff, whether it is England or the West Indies. If you find a batsman that has a weakness to it, then you go after that.

"From years gone by, that was something we prided ourselves on and now you see we have some more coming through."

England boast two of their own fast men in Jofra Archer and Mark Wood. The 24-year-old Archer bowled the fastest spell ever seen by an Englishman in ODI cricket against Bangladesh last week and he has six wickets in the tournament so far.

Next he is confronted with the challenge of taking on Chris Gayle, who has a strong recent record against England, smashing 39 sixes against them in the five-match ODI series earlier this year.

"Chris thrives on that. I have known him since he was 16 and he has always loved a challenge. He has always enjoyed the challenge of fast bowling so I expect him to relish that," Collymore said.

"I have known Archer for a while and I saw Wood in the Caribbean last year. They are both very impressive, as we have seen throughout this tournament.

"I did work with him (Archer) when he was a lot younger in Barbados. He was very impressive, the skills he shows now are ones we always had so are expecting more of the same from him."