Pakistan had upset tournament favourites England last week, but the roles were reversed against Australia 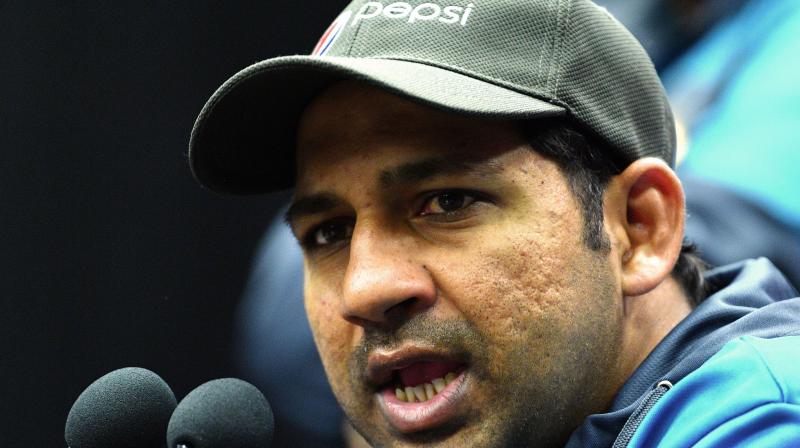 Taunton: Pakistan skipper Sarfaraz Ahmed has warned his teammates to raise their fielding standards ahead of the crucial World Cup game against India following the side's sloppy display on the field against Australia.

Put in to bat, Australia set a target of 307 on the back of a 146-run opening partnership between David Warner (107) and captain Aaron Finch (82). Chasing their second win of the tournament, Pakistan could only manage 266 falling to lose by 41 runs.

"We made too many mistakes in all departments. I'm very disappointed with our fielding, it is not up to the mark or standard expected. We will have to work hard to improve on this before we play India, there can be no excuse," Sarfaraz said after the loss on Wednesday.

Pakistan had upset tournament favourites England last week largely because Eoin Morgan's side produced a poor display in the field. But roles were reversed against Australia, as dropped catches, misfields and overthrows made a big difference in Pakistan's loss.

Asif Ali dropped opener Aaron Finch on 33 and then saw him go on to add another 49 runs to his score, in an ultimately decisive first wicket partnership with Warner. Asif's day didn't get any better when he also dropped Warner later on.

But there are some positives for Pakistan Sarfaraz to take into this weekend's clash with India. Mohammad Amir produced a brilliant display of swing and seam bowling to bank career-best figures of 5/30 as Australia lost their last seven wickets for just 86 runs.

Sarfaraz was lavish in his praise of Amir, who was originally left out of the World Cup team but now the leading wicket-taker at the tournament after his first-ever five-wicket haul.

"If you take a positive from this match it is how Mohammad is bowling for us, that is a big thing to take into our next matches."

"He's a world-class bowler. When he's swinging it, it's very difficult to try to get on top of him. Then when it's seaming and swinging, it's even harder," Sarfaraz said.

Sarfaraz and Wahab Riaz put on a record eighth-wicket stand for Pakistan at the World Cup.

"I'm very disappointed. We lost three wickets in 15 balls and that's why we lost. We conceded too many runs in the first 20 overs, we came back and restricted them well but it was a 270-280 pitch.

"We made some runs and got starts but we've got to convert them and go long. If you want to win matches your top four must score runs," he added.