England captain Eoin Morgan said a decision would wait until the morning of the match. 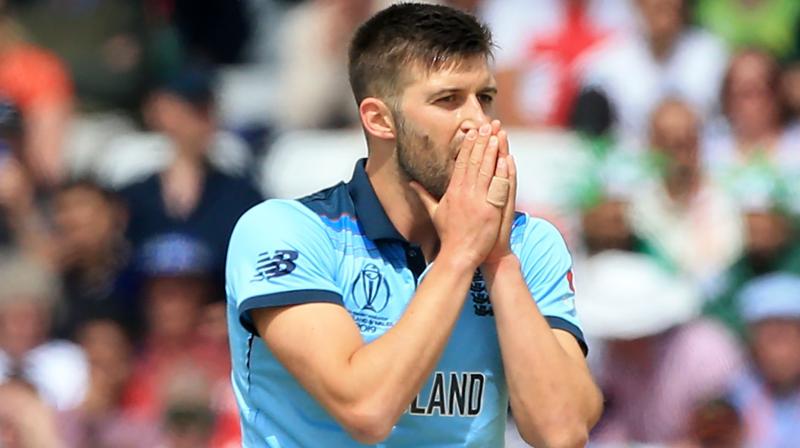 Wood, who reportedly has narrowly shaded teammate Jofra Archer for the fast delivery of the tournament so far at almost 96 mph (Photo: AFP)

England captain Eoin Morgan said a decision would wait until the morning of the match.

"It's nothing too serious, he just pulled up a little bit sore from the game in Cardiff (against Bangladesh on Saturday). He's the only concern at the moment," Morgan said. "Mark is going to have a fitness test in the morning.

"We haven't bowled pretty much for two days, or he hasn't bowled, so he will have to see how he bowls and if it is still sore, we probably won't take a risk."

Wood, who reportedly has narrowly shaded teammate Jofra Archer for the fast delivery of the tournament so far at almost 96 mph (154 kph), has had surgery on the ankle in the past.

Morgan otherwise reported no significant injury concerns for the top-ranked England team, saying Jos Buttler was fully fit and allrounder Moeen Ali was available for selection after leaving camp to spend time with his family after the birth of his daughter this week.

"Yes, great news obviously. Mo's wife gave birth to a baby girl, all healthy and well so it's great to see him back," Morgan said.