India and New Zealand, the only unbeaten teams, split the competition points. 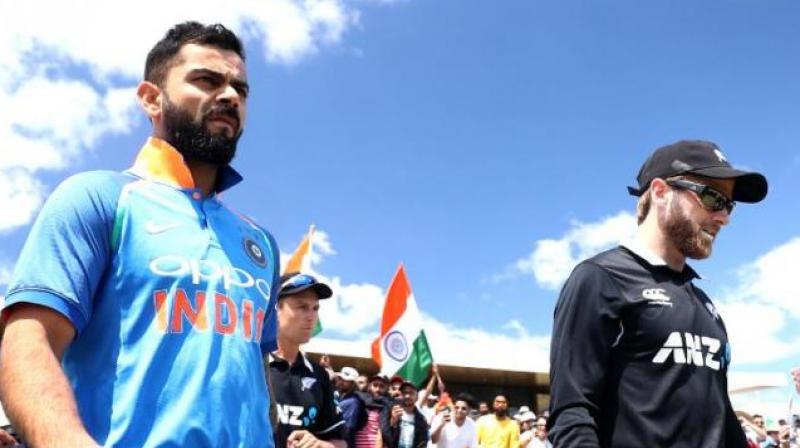 India is next scheduled to play Pakistan on Sunday in Manchester, and New Zealand has South Africa next Wednesday in Birmingham. (Cricket World Cup/Twitter)

The India-New Zealand match in Nottingham has been abandoned because of persistent showers.

Organizers finally gave up while it was raining at 3 p.m., four and a half hours after the scheduled start at Trent Bridge.

Unfortunately, India's #CWC19 game against New Zealand has been called off due to the rain 😭.

India and New Zealand, the only unbeaten teams, split the competition points. Tournament leader New Zealand has 7 after four games, and India has 5 after three.

The match has been called off. 1 point each for both teams 🌧️🌧️

We wish we had a game but we move on from here to meet Pakistan. See you there folks! #CWC19 pic.twitter.com/qviBewSK7F

India is next scheduled to play Pakistan on Sunday in Manchester, and New Zealand has South Africa next Wednesday in Birmingham.