Regarding his own innings, a 61 off 79 balls, Sarfraz Ahmed said he was delighted to see his team through. 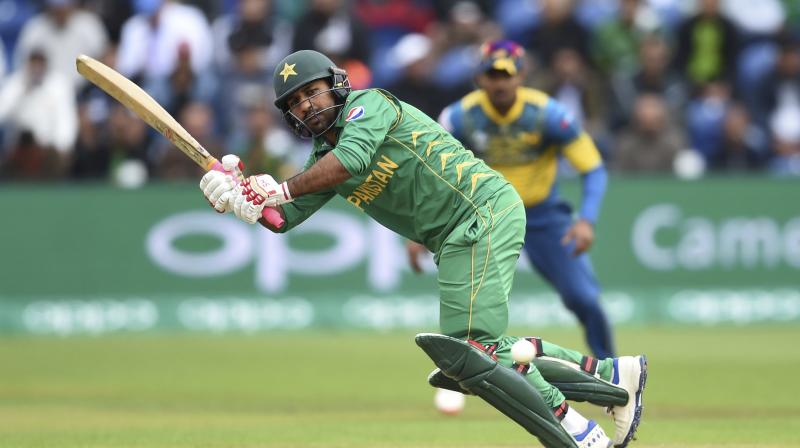 Cardiff: Pakistan skipper Sarfraz Ahmed says his team is feeling more positive and confident than ever ahead of the ICC Champions Trophy semifinal against England, despite concerns about its fragile middle order.

Sarfraz played a stellar role in Pakistan's three-wicket victory over Sri Lanka in a virtual quarterfinal, which yet again exemplified their unpredictable side, before managing to scrape through.

At 137 for six chasing 237, Pakistan again found themselves in a similar territory and if not for Sarfraz and Fakhar Zaman's enterprise - coupled with assistance from butterfingered Sri Lankans -, the green shirts' campaign would have been over.

Sarfraz thanked the almighty before opening up at the post-match press conference at Sophia Gardens.

"I think it's a great win today, and credit goes to the bowlers. They bowled really well at a crucial time. We took wickets and upped the batting order."

Considering that they are up against a side that is miles ahead of Sri Lanka in terms of both quality and form, Sarfraz said playing positive cricket will hold the key.

England drubbed Pakistan 4-1 in a one-day series and the lone victory came at the Sofia Gardens, where they chased down a 300-plus total days after conceding a ODI world record 444 for three at Trent Bridge.

"Yeah, we played against them here. Last time we played almost full series. We played last ODI here. We won that time, we chased 300, so definitely our confidence is very high playing in Cardiff. We chased down 300-plus runs and that is a good memory," he said.

Regarding his own innings, a 61 off 79 balls, Sarfraz said he was delighted to see his team through.

"Yes. Definitely, as a captain, it's a very important innings for me. After this innings, I'm really boosted up, and hopefully, we will do well in the future."

Asked what was going through his mind when he saw the ball lobbing straight into Thisara Perera's hands at mid-on, Sarfraz said, "You know, that time I didn't see the hand of Lasith  Malinga, and when I played the shot in the air, I just said, ooh. But thanks to Allah - you know, thanks to Allah today. Allah helped us a lot today, “ he added.