Sports   Cricket  13 May 2019  The journey of Sana Mir: From street cricketer to most successful ODI spinner
Sports, Cricket

The journey of Sana Mir: From street cricketer to most successful ODI spinner

Recalling her early days, she said, 'The journey started by proving at every street where I played, that girls could play this sport.' 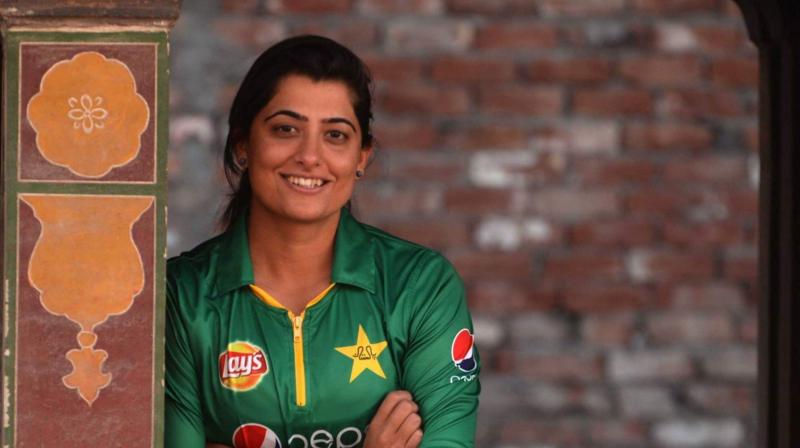 Sana, who completed her Bachelors in Science, captained Pakistan from 2009 to 2017. (Photo: Sana Mir/Twitter)

Lahore: Pakistan's Sana Mir became the most successful ODI spinner in the world after dismissing Sune Luus of South Africa in the third match of the ICC Women's Championship.

Recalling her early days, Sana said, "The journey started by proving at every street, where I played cricket, that girls could play this sport. We didn't have any role models, girls taking part in cricket was not that common. My father was in the Army, so, we had to move around a lot. This meant making new friends, but at the same time proving my cricket abilities to them again and again."

"From street cricket to playing on the grounds and moving to stadium donning the Pakistan kit were moments of immense pride. From there, my goals started getting bigger and bigger as I started achieving results on the field. The more your intention is to contribute to the team, the more success comes to you. This journey has taught me that keeping the team goal ahead of everything else brings satisfaction along with fame, recognition, and success," she added.

The 33-year-old claimed her 147th ODI wicket in her 118th appearance, which has helped her leapfrog Anisa Mohammed of West Indies and Australia's Lisa Sthalekar to achieve a third place on the all-time list of most successful bowlers, behind fast bowlers Jhulan Goswami of India (218) and Australia's Cathryn Fitzpatrick (180).

Sana, who made her debut in 2005, is presently the third-ranked bowler. She had become the first Pakistan bowler to top the ICC rankings in October last year.
Former Pakistan captain and current chief selector Urooj Mumtaz, who captained Sana in 26 ODIs, congratulated and called her a true inspiration for women cricketers not only in Pakistan but around the world.

"Sana has been a great role model for our cricket, in fact, world cricket, her hard work, dedication, and humility is absolutely admirable. I captained Pakistan when we were just starting and it was a great help having her in my side. Sana was a calm and composed character, and these qualities have made her such a great performer," Urooj said.

"I have really enjoyed captaining her as she had a great cricketing mind. Her achievements as a bowler don't surprise me much since I have always felt she would go a long way considering the talent and the ability she had of applying herself under pressure. I really want to wish her the best and hope that she continues to inspire youngsters and continues to bring laurels to the country," chief selector added.

Sana, who completed her Bachelors in Science, captained Pakistan from 2009 to 2017. She inspired her side to Asian Games Gold medals in 2010 and 2014 and as captain, she took 83 wickets in 72 ODI matches besides scoring 1069 runs.

In 100 T20Is, Sana has dismissed 84 batswomen, including Ireland's Laura Delany off a delivery that pitched outside the leg stump and hit the top of the middle stump. The delivery was later voted as Play of ICC Women's T20 World Cup 2018.