In the final against Chennai Super Kings, the 25-year-old kept his side in the hunt by returning remarkable figures of 2 for 14 in 4 overs. 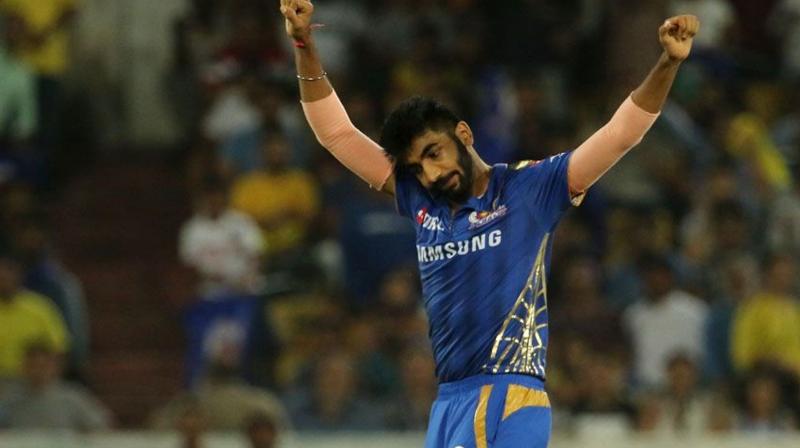 Bumrah ended this IPL edition with 19 wickets from 16 matches with an impressive economy rate of 6.63. (Photo: BCCI)

Hyderabad: Jasprit Bumrah is already the best bowler in the world but his best is yet to come, avowed batting legend Sachin Tendulkar, who also termed young leg-spinner Rahul Chahar as "fabulous" talent.

Bumrah has bowled consistently throughout the IPL in the death overs. In the final against Chennai Super Kings on Sunday, the 25-year-old kept his side in the hunt by returning remarkable figures of 2 for 14 in 4 overs.

"Let me go on record and say that he (Jasprit Bumrah) is the best bowler in the world at this stage and the best is yet to come hopefully," Tendulkar said in an interview with Mumbai Indians batsman Yuvraj Singh.

Those who have seen Chahar bowl a total of 81 overs in an Irani Cup game for Rest of India on a placid Jamtha track, swore by his talent. The 13 wickets in 13 games at an economy rate of 6.55 in shorter version proved his versatility across formats.

"Rahul Chahar stands out. I shared my opinion (with Mahela) before he played his first game and I thought he was fabulous. Sixth to the 15th over, he bowled with a slip there and that was some real quality bowling in a crucial match," Mumbai Indians 'Icon' Tendulkar told Star Sports in a flash interview after the game.

Chahar was with the Mumbai Indians in 2018 also and coach Mahela Jayawardene also spoke highly of his talent.

"Rahul Chahar was brilliant and created the pressure throughout for us," said the former Sri Lankan skipper.

Meanwhile, Bumrah, who was adjudged Man of the Match, said he takes one ball at a time which helps him avoid the pressure.

"In the finals, we know that it can get close and winning the title with MI is a special feeling. Today, surprisingly, I was very calm, I wasn't panicking at all and very happy to contribute to the team's success," Bumrah said.

"I only take one ball and one day at a time and if you think like that you don't feel pressure at all," he added.

Bumrah ended this IPL edition with 19 wickets from 16 matches with an impressive economy rate of 6.63.