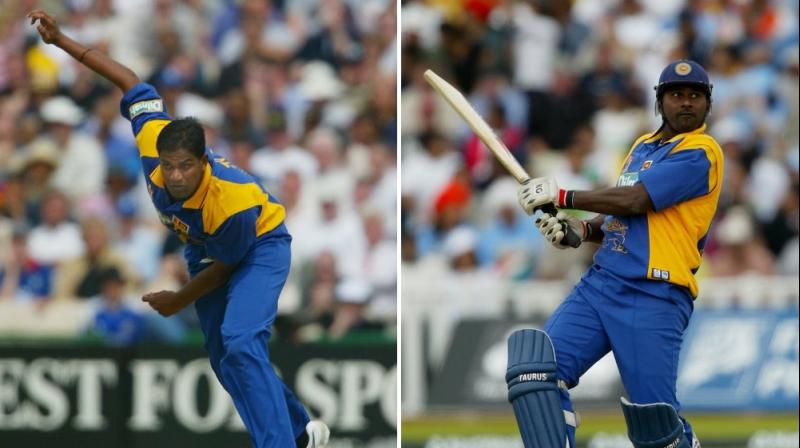 Avishka Gunawardene was a head coach and Nuwan Zoysa was a fast bowling coach of the Sri Lankan players. (Photo: ICC/Twitter)

Sri Lanka's suspended coach Avishka Gunawardene is all set to deny the corruption charges. Following ICC's recent allegation against him, He is set to defend his case in his first press conference to be held at the SSC (Sinhalese Sports Club) on Monday at 3.00 PM.

Both have been charged by the ICC's Anti-Corruption and Security Unit (ACSU) on the basis of the revelation made by one of the Sri Lankan players who opted the ICC's Amnesty Scheme a few months ago, it is reliably learnt here.

Earlier this year, for the first time the ICC had announced this scheme in Sri Lanka cricket corruption for those who had previously failed to report any information concerning corrupt activities in Sri Lankan cricket.

According to the highly placed sources in Sri Lanka, the 27-year-old left-handed batsman, who is a close relative of the former minister opted to share the corruption information to the ICC.

Under the amnesty, any information reported by the said player will not attract a charge for failure to report previously.

Avishka Gunawardene was a head coach and Nuwan Zoysa was a fast bowling coach of the Sri Lankan players.

Both Zoysa (who in November was also charged for breaching ICC code) and Gunawardene are charged under Emirates Cricket Board (ECB) have been given 14-days to respond to the various charges because the tournament was played in UAE.

Despite repeated attempts, both didn't respond to calls.