Ramayan's Angad an inspiration behind my batting, reveals Sehwag 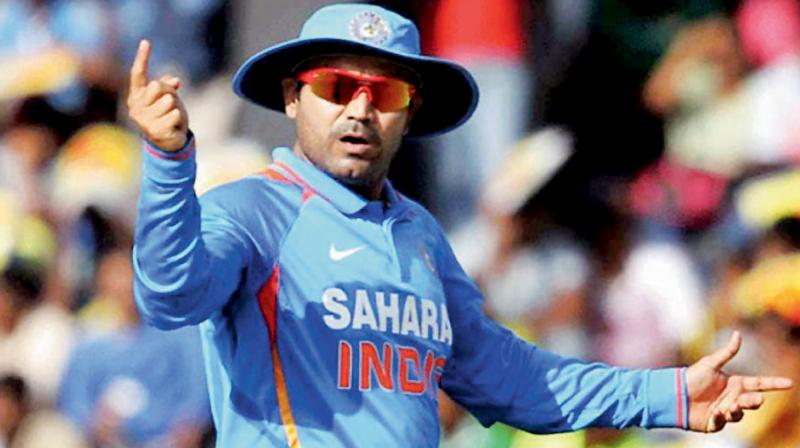 The opening batsman stated that he took inspiration from Ramayan's character 'Angad' (part of vanar sena which helped Lord Ram in rescuing Sita from Lanka).

He went on to share a picture of 'Angad' on Twitter and also gave an explanation as to why the character is an inspiration for him.

In Ramayan, it is believed that Lord Ram sent Angad to the court of Ravana as an emissary in order to avoid war.

To break Ravana's ego, Angad then challenged all warriors in Ravana's court that if anyone is able to lift his feet from the ground, then Lord Ram would accept defeat and leave.

But the legend has it, that no one was able to lift Angad's feet.

Sehwag is the only Indian to score two triple centuries in Test cricket.

He has registered two triple tons against Pakistan and South Africa in the longest format of the game.