Dhoni's return to Indian team remote if IPL does not happen: Gambhir 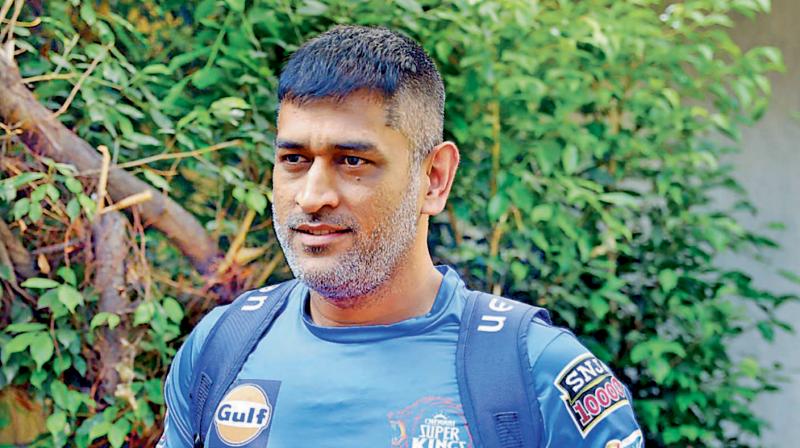 Mumbai: Former India opener Gautam Gambhir says if IPL is not played this year, it will be difficult for Mahendra Singh Dhoni to make a comeback to the Indian team.

Dhoni last played for India in the World Cup semi-final against New Zealand in July last year. Since then he hasn't played any competitive cricket and legends such as Sunil Gavaskar and Kapil Dev have already said that it's getting increasingly difficult for the Jharkhand dasher to make an international return after such a prolonged sabbatical.

He was expected to be seen in action at this year's IPL but the chances of T20 league being played are remote due to the Covid19.

"If the IPL does not happen this year, then it will become very difficult for MS Dhoni to make a comeback. On what basis can he (Dhoni) be selected since he's not been playing for the last one or one and a half year," Gambhir said on Star Sports show 'Cricket Connected'.

The 38-year old Gambhir picked KL Rahul, who has been keeping in ODIs, as an "apt replacement" for Dhoni.

"Obviously his (Rahul's) keeping is not as good as Dhoni's, but if you are looking at T20 cricket, Rahul's a utility player, can keep and bat at No. 3 or 4. If the IPL does not happen, then Dhoni's chances for a comeback look dim.

"Ultimately, you are representing India, so whoever dishes out the best performance and can win the match for India should play for the team," added Gambhir.

The southpaw also felt that retirement was Dhoni's personal decision. "As far as his retirement plans go by, that's his personal choice," said Gambhir.

However, his former teammate and Test specialist VVS Laxman feels that Dhoni can continue playing IPL.

"Not only this IPL, he (Dhoni) will probably play in the next couple of IPLs, and then we will take a call about his future as a cricketer," Laxman said on the same show.

However, Laxman, a veteran of 134 Tests, said that the new selection committee, chaired by former spinner Sunil Joshi, will have to discuss Dhoni's future with him.

"Dhoni will be very clear, as far as his plans are concerned, I'm sure he must have communicated that with (captain) Virat Kohli, (coach) Ravi Shastri immediately after the 2019 World Cup in England," said Laxman.

"The new selection committee will have to sit down with MS Dhoni and understand his future, as far as Indian cricket is concerned. But MS Dhoni will continue to play for CSK and do well for CSK," said Laxman, who amassed 8,781 Test runs.