Dhoni returns to Pune in yellow

Already named host for a qualifier and eliminator, pune’s mca will host six more games at the venue for chennai super kings. 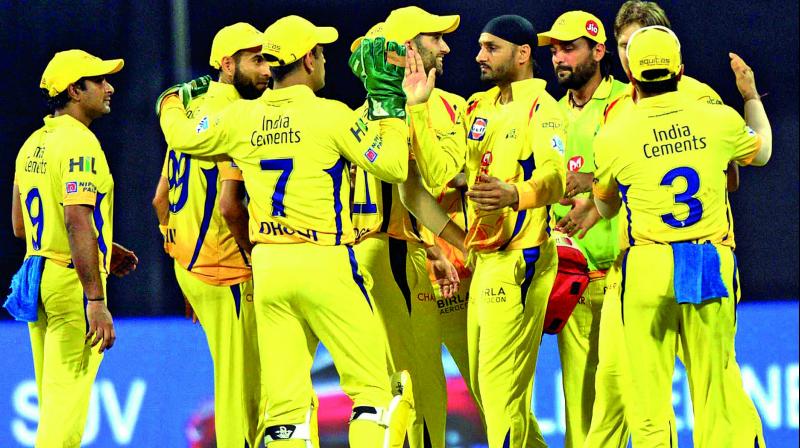 The two playoffs are scheduled for May 23 and 25. (Photo: Rajesh Jadhav)

A shoe was hurled at Ravindra Jadeja who stood at long-on in the eighth over in the first home game of Chennai Super Kings (CSK) as they faced Kolkata Knight Riders (KKR) on Tuesday.

The Cauvery river water dispute had reached the MA Chidambaram Stadium that night and it was the last time anything like this could take place. The Indian Premier League (IPL) governing council decided to move the remaining matches of CSK to Maharashtra Cricket Association (MCA)’s Stadium in Pune to avoid any such incidents in the future. The association has welcomed the fixtures with open arms.

The MCA Stadium was already hosting a qualifier and an eliminator; now fans will have more to cheer for as six more games will be played at the venue. MCA secretary Riyaz Bhagwan was moreover unhappy originally that Pune was hosting just two games. “Right from the beginning, we were expecting matches. We were disappointed to get just two games,” said Bhagwan.

“Whatever happened there (Chennai) is unfortunate but we will do everything to ensure that the matches take place with the same enthusiasm. We’ll be having a meeting to discuss the security and other logistical issues,” he adds stressing on the security.

While many other stadiums would be happy to host the IPL matches, what could be the reason behind choosing Pune over the rest?

When CSK was serving a two-year ban, skipper Mahendra Singh Dhoni was a part of their replacement — Rising Pune Super Giant. MCA President Abhay Apte said Dhoni’s ‘preference’ could a reason why the games were shifted to his former home. “I think there would be a few reasons. Of course, that is (MS Dhoni’s preference) one of the major reasons. Secondly, the revenue generation, which is possible at Pune because the gate money is very high as compared to the other centres. Thirdly, it is geographically well connected. It has an airport and it is very close to Mumbai,” said Apte. “The coach (Stephen Fleming) and the main players were playing in Pune last year. So that comfort is also there,” adds Apte.

Homeboy misses
In the season opener, CSK clinched the last-over thriller from the clutches of Mumbai Indians where a limping Kedar Jadhav emerged as hero. If the matches were scheduled in his hometown Pune before his injury, Jadhav would be the happiest but sadly, he will just be able to watch the match live.