I can’t thank Hafeez enough for the way he played because he took all the pressure off me, says Shoaib Malik. 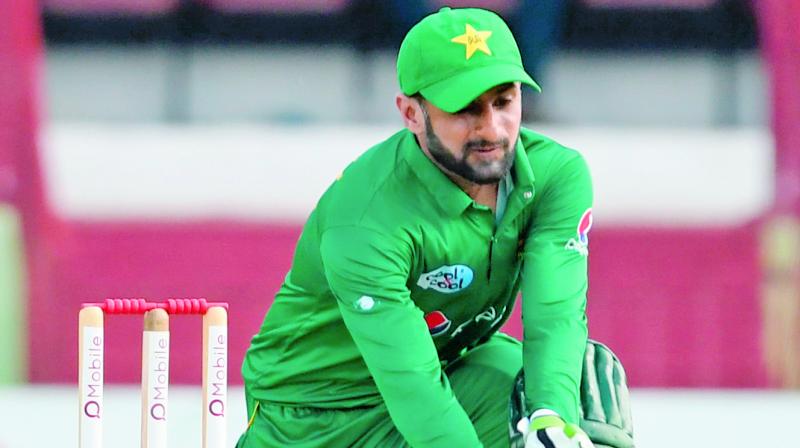 Providence (Guyana): Shoaib Malik scored an unbeaten century as Pakistan beat West Indies by six wickets to clinch victory in their one day international series in Guyana on Tuesday.

Malik sealed the win — and his ton — in spectacular fashion, smashing a six off West Indies captain Jason Holder to wrap up victory with nearly seven overs to spare. Malik’s 101, which included two sixes and ten fours, was matched by an assured 81 from Mohammad Hafeez as Pakistan finished on 236/4 in reply to the home side’s 233/9. “I can’t thank Hafeez enough for the way he played because he took all the pressure off me,” said Malik after collecting both the Man of the Match and Man of the Series awards.

Hafeez completely dominated their partnership, his innings coming off 86 balls with two sixes and eight fours before a miscued sweep off Ashley Nurse found Veerasammy Permaul on the backward square-leg boundary.

Permaul, the left-arm spinner brought into the match at the expense of fast bowler Alzarri Joseph on a turning track, proved expensive while leg-spinner Devendra Bishoo also lacked potency in helpful conditions.