Kamlesh has been labelled as one for the future and it was no surprise that Kolkata Knight Riders snapped him up for Rs 3.2 crore in the IPL auctions. 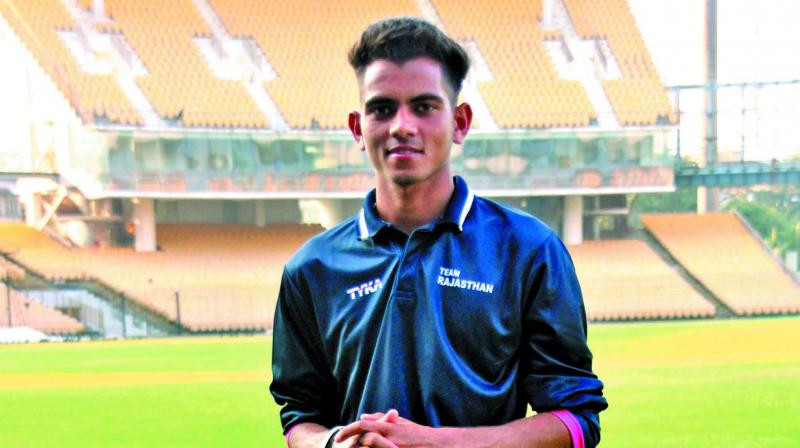 CHENNAI: Measuring 5 foot 8 inches, a sinewy Kamlesh Nagarkoti defies the stereotype of a fast bowler. But he makes up for the lack of height with a whippy action as the Rajasthan pacer consistently clocks above 140kmph.

One of the finds of India’s triumphant U-19 World Cup campaign, Kamlesh has been labelled as one for the future and it was no surprise that Kolkata Knight Riders snapped him up for Rs 3.2 crore in the IPL auctions.

Kamlesh, who is in the city to play the Vijay Hazare one-day tournament, said he would be working with Glenn McGrath at MRF Pace Foundation later this month to prepare for his IPL debut.

“This will be my second stint at MRF PF. It will be crucial ahead of the IPL season. As T20 demands a lot of variations from the bowlers, I would be focusing on perfecting slower deliveries and yorkers. I’m looking forward to picking McGrath’s brains. Last time I was here for a month, but I didn’t get to bowl in front of McGrath because I was nursing a groin injury. I was only doing my gym and rehabilitation sessions and didn’t get to speak to him much,” said the 18-year-old who picked up nine wickets to be named in the ICC team of the U-19 Cup.

As he clocked speeds in excess of 145kmph in India’s opener against Australia in the premier junior event, former India players Sourav Ganguly and Virender Sehwag went ga ga over the young pacer on social media.  Kamlesh said the numbers were a bit of a surprise for him. “The only previous tournament where they used speed guns was in England where I had touched 143 kmph. I think the conditions in NZ helped me pull it off,” said Kamlesh.

Sharing the dressing room with Rahul Dravid has already made a sea change in his attitude and now Kamlesh is keen to make full use of the opportunity to rub shoulders with the likes of Jacques Kallis (KKR coach), Mitchell Johnson and Mitchell Starc. “I always want to learn on how to bowl to someone like Chris Gayle, I think I can learn from them (the Aussies),” he said.