Cheteshwar Pujara stocks are on rise amidst the slump

The powerhouse of cricket, that Mumbai was, lost to Meghalaya in the Syed Mushtaq Ali Twenty20 competition last year. 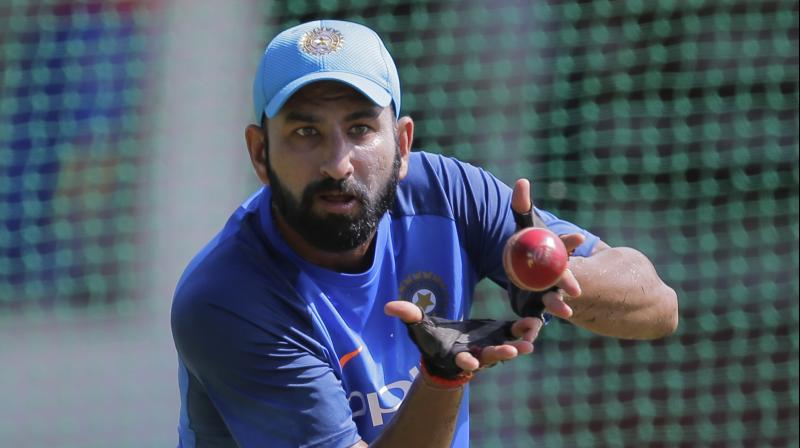 On Friday last, Saurashtra’s Cheteshwar Pujara joined an elite club when he hammered an unbeaten hundred against Karnataka at Rajkot in the Ranji Trophy. He became the ninth Indian batman to score 50 first class hundreds. The only other current Indian batsman who is part of the elite is Wasim Jaffer whose tally (for now) stands at 57 centuries.

Pujara and Jaffer have never ceased to amaze cricket fans with their devotion for the game of cricket. For someone who will turn 42 years of age next month, Jaffer is showing no signs of fatigue, physical or emo-tional while he continues to play for Vidarbha in the national championship of cricket. He played his last Test match (against New Zealand) eleven years ago and his final One Day International (ODI) two years prior to that Test in 2006.

It has always been a question on one’s mind what makes Jaffer keep playing cricket at the first class level since his debut, for Mumbai, during the 1996-97 season. More than being tired out physically, to keep the mental level tuned at a high is the toughest part any sportsperson has to deal with once the four decade age barrier has been crossed and there are no ceilings to conquer.

If one compares the present with the past, in terms of domestic cricket, one will see the changes that have taken place over the past 24 years that Jaffer has been playing. To start with, the pitches are not the placid, batsman friendly (mostly) now as they were in the decades of the 90s and the 2000s. The tracks are, today, curated by those appointed by the Board of Control for Cricket in India (BCCI) and (generally) are much greener with bounce and better purchase for the bowlers.

The switch, mandated by the BCCI, has resulted in more bowlers of the pacier kind emerging and making domestic Indian cricket more exciting and competitive. There are no fancied teams at the top now as used to be the case in the past when four or five teams would be assured of qualifying for the knock-outs. The case of Mumbai and Tamil Nadu, the centres of cricket in the West and South, today is a telling point.

The powerhouse of cricket, that Mumbai was, lost to Meghalaya in the Syed Mushtaq Ali Twenty20 competition last year. The team representing what was once called 'home of Indian cricket lost outright to unfancied Railways, a few weeks ago, which made a telling point on the  good health of Indian cricket. The losing Mumbai side had enough senior and international players including Ajinkya Rahane and Prithvi Shaw.

Jaffer, today, has a bigger challenge than he faced playing domestic cricket in the earlier two decades. For someone who was dumped by the selectors after 31 Tests, to continue and play Ranji Trophy, living out of a suitcase while traveling across the country with zero motivation and no ‘future’ is a story. To me, it is a tale of devotion and dedication to keep going and contributing to the game of cricket.

One sees a similar vein in Pujara. Like Jaffer he continues to fight battles for his home state, year after year. Rejection from playing shorter (and lucrative) formats does not deter him.

Travelling to smaller, lesser known towns to fly the Saurashtra flag is as imperative to him as travelling with the Indian team in five-star comfort. It is cricketers like Pujara, who highlight the tenets of game with their quiet dedication, giving a hundred percent to their state teams not thinking about the lucre that comes with stardom.

What puts Jaffer and Pujara together is the way their careers have shaped up. Pujara, like Jaffer, did not find any regular takers from the franchises of the Indian Premier League (IPL). They have both been victims of stereotyping. Pujara went through the trials and tribulations even while playing the longer format of the game: Test cricket. Constant chops and changes in the Indian Test batting order took it's toll on the man with a voracious appetite for runs until he won the Man of the Series against Australia in early 2019. Unlike others, Pujara knows what the longer format of the game signifies. It’s called a ‘Test’ simply because it is one; of perseverance, total commitment and dedication.

Tags: cheteshwar pujara, board of control for cricket in india