India failed to leave the reach the finals, but the cricketing fans took to the search engine to check scores, Google trends revealed. 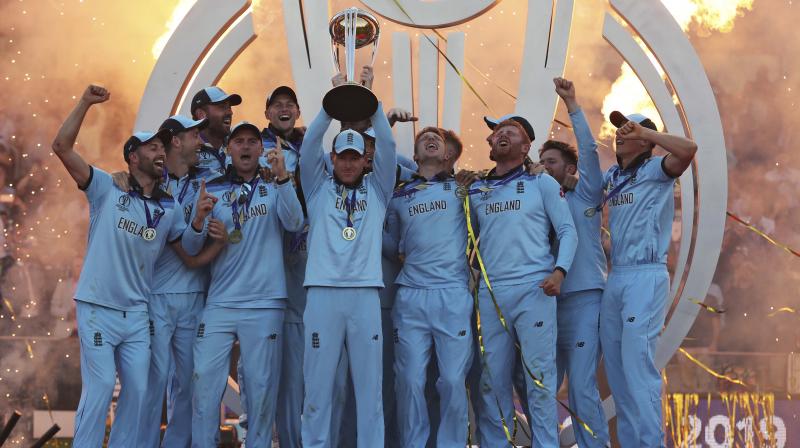 ICC Cricket World Cup 2019 has pipped Lok Sabha elections to become the most searched item on Google India for the year 2019. (Photo:AP)

New Delhi: ICC Cricket World Cup 2019 has pipped Lok Sabha elections to become the most searched item on Google India for the year 2019.

India failed to leave the reach the finals of the ICC Men's Cricket World Cup, but the cricketing fans took to the search engine to check latest scores and highlights, Google trends revealed on Wednesday.

This year's World Cup was won by England as they outclassed New Zealand on the basis of boundary countback rule. Both normal 50-over action and super over had ended as a tie, and in the end, the winner had to be decided through boundary countback.

Hollywood movie Avengers: Endgame is on the fifth spot.

In terms of personalities who were searched the most in 2019 in India, former cricketer Yuvraj Singh is on the third spot.

When it comes to sporting events, Cricket World Cup took the first spot. Pro Kabbadi League is on the second position, followed by Wimbledon, Copa America and Australian Open.

This year's Wimbledon final was played between Roger Federer and Novak Djokovic. The match created the record for the longest ever final in the history of the tournament.

Djokovic was able to outclass Federer in the end.