I don't worry about my place in team anymore: KL Rahul 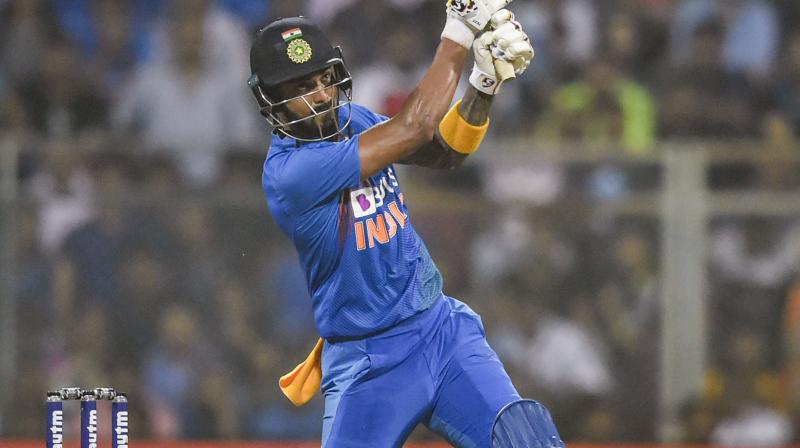 India opener KL Rahul admits it is difficult to be at peace when one's place in the national team is uncertain but says he has learnt to find happiness in his batting rather than worry about a spot in the side. (Photo:PTI)

Mumbai: India opener KL Rahul admits it is difficult to be at peace when one's place in the national team is uncertain but says he has learnt to find happiness in his batting rather than worry about a spot in the side.

Rahul blasted his second half-century of the series, hitting a blazing 91 in the third T20 International, to help India beat West Indies by 67 runs and seal the series 2-1 on Wednesday.

The 27-year-old was not the first-choice opener and was handed the slot after regular opener Shikhar Dhawan sustained an injury and was ruled out of the entire series.

"I won't say I don't feel it (pressure) at all. Obviously, going in and out of the team is never easy on any player, you take a little bit of time to get used to the international pressure and oppositions and there are no opposition where you can just walk in and score runs, so it's always difficult," Rahul told reporters.

"You can only hope (for being in the team). For me what's in my control is to keep putting up these performances whenever I get the opportunity and I am not at that stage where I worry about whether I'll find myself playing the next tournament or anything (like that).

The stylish right-handed batsman said he tries to be in the rhythm even when he is not in the team.

"This game is all about confidence and being in good rhythm and good touch. I can't really sit outside and not prepare, all I can do is sit outside and prepare and try to create match feel for myself and I did play a lot of first class cricket, so not a lot changes, it is still T20 cricket," he said.

Asked how he dealt with the disappointment when he was dropped from the team, Rahul said he didn't complicate his thoughts and just kept working on his game.

"I mean you can only complicate it (if) your thoughts are wrong, my thoughts are very simple. I prepare as hard as I can, put in the hours in the nets. When I get first class cricket, I go back and play and try to improve my skill, batting and get some time in the middle," he said.

"I know people feel it is easier said than done, it is as easy you make it. Life is (all about) what you put in your head," he said.

Rahul stressed on the need to keep playing and be ready so that one can use the opportunities.

"It's so important for a batsman or a bowler (or) for anybody for that matter to be in good rhythm, being out there in the middle, no matter how much you train or how much hours you put in at the nets, when you go out in middle it is completely different," he said.

"It is important that we keep playing cricket and be in the middle, that's helped me and I have always felt that's what helps a batsman to stay in good rhythm, not putting hours in the net, I'd rather be in the middle playing games."