India and Pakistan have not played bilateral cricket since 2012 due to political tensions between the two neighbours. 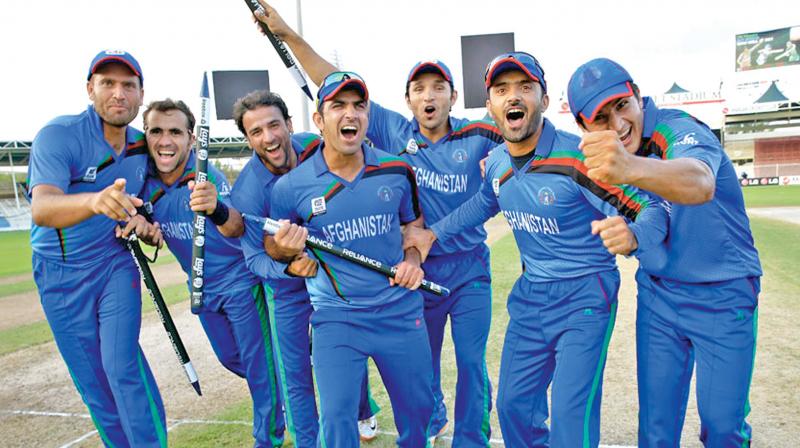 New Delhi: Afghanistan will make their Test debut in 2019 when India hosts the cricketing minnows for their first five-day match since attaining full status, officials said on Monday.

On the other hand, Pakistan, which has been demanding bilateral cricket with India, was ignored at the SGM which resolved to play more against the likes of Australia, South Africa and England.

India and Pakistan have not played bilateral cricket since 2012 due to political tensions between the two neighbours. When asked why the new FTP does not say anything about playing Pakistan, BCCI acting secretary Amitabh Chaudhary replied, “It’s a question not embedded only to cricket and the BCCI but everybody. So, it’s futile attempting to answer the question.”

The BCCI has unveiled the future tour schedule for the world’s number-one team, with a Test series against Afghanistan included in the 81-match home line-up across all formats.

The board has not yet decided on a date for the historic visit from Afghanistan, which in June joined Ireland in becoming the newest teams granted Test status by the International Cricket Council.

“Afghans were scheduled to play their first Test in 2019 versus Australia but considering the historic relationship between India and Afghanistan, we decided to host their first Test,” BCCI acting secretary Amitabh Choudhary said in New Delhi.

India has acted as a mentor for Afghanistan cricket, allowing the national side from the war-torn nation to play home matches for shorter formats of the game on the outskirts of Delhi.

Earlier this year, spin sensation Rashid Khan and former captain Mohammad Nabi became the first two Afghan players to be picked in the Indian Premier League auctions. Former Afghanistan coach Lalchand Rajput hailed the decision taken by the Indian cricket board to host the newcomers in their debut Test.

“It is good that they are playing their first Test against India. It will help them in all aspects, including the cricketing one and the monetary aspect. India has always been supportive to Afghanistan (in terms of cricket),” the former Test opener said.