Mumbai’s aura of invincibility has faded

This is not something that has endeared Mumbai fans, but in the bigger picture, who can deny Indian cricket has become infinitely stronger. 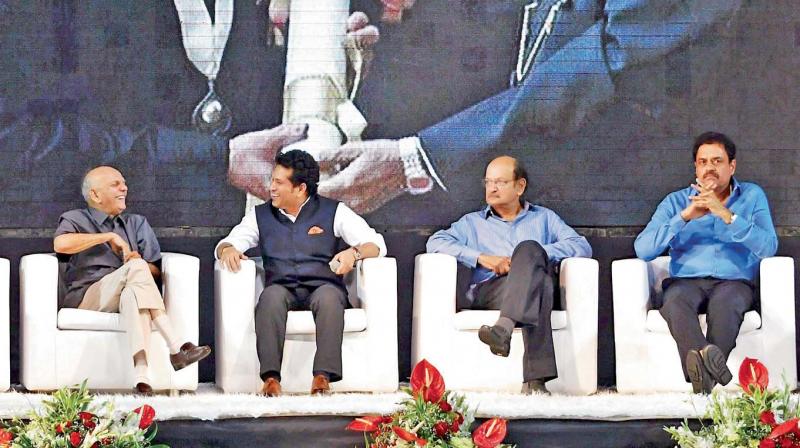 I had planned this piece as tribute to Mumbai cricket.  No other team has the richness of tradition and magnificence of achievement to match Mumbai’s. This is amply evident with 41 Ranji Trophy titles in the 83-year-old history of the tournament.

But I’ve had to steer the tenor of this article from a straightforward paean, seeing how Baroda have dominated Mumbai in the ongoing Ranji match at Wankhede Stadium to a more expansive look at the power matrix in domestic cricket.

And this makes for as compelling a story as Bombay/Mumbai’s domination —- which includes 15 titles on the trot — because of the dramatic changes that have taken place in Indian cricket, especially in the past couple of decades.

Baroda have clearly spoilt the celebrations for Mumbai’s 500th Ranji Trophy match. But their success despite all the advantage enjoyed by Mumbai – including playing at home — highlights the growth of other centres which has added variety, charm and heft to Indian cricket.

This becomes even more fascinating with the rise of cricket in the hinterland, Before I get to that, it would not be remiss to understand and appreciate what made Mumbai the flag bearer of Indian cricket for several decades.

Essentially, this is attributed to the cultural ethos of `Bombay cricket’.

The hardship of life in the city – of commute, lack of open spaces, urge to get ahead in life – found expression in the virtuosity of its cricketers.

The sport afforded livelihood, public recognition and not the least, social standing. Bombay’s cricketers came to be identified by a pugnacity which earned them the desi sobriquet of `khadoos’. Loosely translated, this means unrelenting – in ambition, attitude, achievement.

This is what players down the years – from Vijay Merchant, through Dilip Sardesai, Bapu Nadkarni, Ajit Wadekar, Sunil Gavaskar, Dilip Vengsarkar, Sachin Tendulkar down to new sensation Prithvi Shaw — to name a few – exemplify.

But it was not only these big stars that made Mumbai cricket what it was. There were times when the national side would have six-eight players from the city and absent from Ranji Trophy duty, yet Mumbai would be supreme on the domestic scene.

The turning point in this story comes in the post-liberalisation era. This is when Mumbai’s stranglehold on the Ranji Trophy was rattled. True, other teams had won the national title earlier, but very infrequently, and hardly any from non-traditional centres.

This started to change slowly in the 1990s and gathers momentum from the turn of the century. In 2001-2, Railways won the title for the first time and were to repeat the feat four years later.

What has caused these smaller associations to excel? I believe the surge in fame, livelihood and wealth to be made from cricket has stoked the ambition of youngsters from outside of the main cricket centres like Mumbai, Delhi, Madras, Calcutta, Bangalore, Hyderabad.

To challenge the hegemony of established teams — particularly Mumbai — players from smaller cities and towns had to develop a strong, competitive and fearless attitude. For this, they had to imbibe the virtues of hard work and discipline of players from established teams even while retaining their own technique and individuality.

Sehwag, Yuvraj, Kaif, Harbhajan and Dhoni  — to name a few modern stars – emerged from this changed dynamic. Dhoni, coming from the cricketing boondocks of Ranchi, has been an exemplar and perhaps the most influential in making youngsters from tier 2 and 3 cities believe that they had it in them to succeed at the highest level.

As hinterland India was roused into action, so to speak, Mumbai cricket has had to suffer jolts. While the Ranji Trophy has still been won fairly regularly – more than any other side still in the past 25 years – the aura of invincibility has faded.

This is not something that has endeared Mumbai fans, but in the bigger picture, who can deny Indian cricket has become infinitely stronger.