The demonetisation has had a big impact on the attendance, said SCA secretary Niranjan Shah. 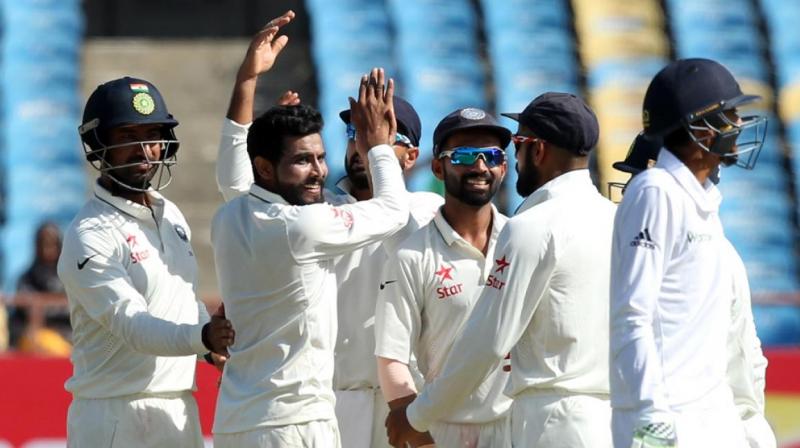 Despite the presence of local lads Cheteshwar Pujara and Ravindra Jadeja in India’s playing for the first Test against England, Saurashtra Cricket Association Stadium has seen largely empty stands on the first three days following government’s decision to withdraw 500 and 1,000 rupee notes from circulation in a bid to flush out money hidden from the tax man. (Photo: BCCI)

Rajkot: Cricket is all about timing and India Prime Minister Narendra Modi's decision to abolish high denomination bank notes could not have come at a worse time for Rajkot, which is making an underwhelming debut as a Test match centre.

The Saurashtra Cricket Association (SCA) was naturally bullish about a strong turnout for the first ever Test at the western Indian city but that was not to be.

The government's shock decision to withdraw 500 and 1,000 rupee notes from circulation in a bid to flush out money hidden from the tax man, has disrupted cash transactions with the public naturally keen to hold on to their lower denomination notes.

The SCA Stadium has seen largely empty stands on the first three days of the opening match of a five-Test series between India and England and local organisers blame it on the cash crunch.

"The demonetisation has had a big impact on the attendance," SCA secretary Niranjan Shah told Reuters. "The window sale of tickets has been hampered as people have been trying to hold on to their 100 rupee notes.

"The announcement came on the eve of the start of the match and there was nothing we could do to avoid it."

Some have also been turned away from the ticket windows as the organisers have refrained from accepting the banned currencies.

Former Indian cricket board president Shah said while he was never expecting a full house, he was hoping at least 20,000 people daily, more so with two local boys in Cheteshwar Pujara and Ravindra Jadeja playing for the hosts.

"People are more concerned queuing up at banks to exchange the banned notes. How can they come to watch cricket?," Shah said. "This is probably a lesson for people here to use the option of online booking more in the future."

The stadium hosted its first international match in January, 2013 when India played England in an one-dayer.

It has gone on to host one more ODI and a Twenty20 international besides being the home of the Gujarat franchise in the Indian Premier League (IPL).

The fact that English players are largely absent in IPL, unlike cricketers from most other countries, also means there is not much excitement around the series.

The stadium is about 12 kilometres from the main city but Shah would not blame commuting issues for the poor turnout.

"I would not say the distance of the stadium from the city is a reason for the poor attendance," said the 72 year-old. "The stadium gets full for the Twenty20 matches which are played in the evening.

"I am hoping the attendance will pick up for the weekends. We have started tickets for the weekend for just 100 rupees so hopefully we will have better crowd."