It is a surreal feeling: Vihari

Hanuma Vihari, who scored his maiden Test century in the recent tour of WI, talks about his cricket journey, support system and married life. 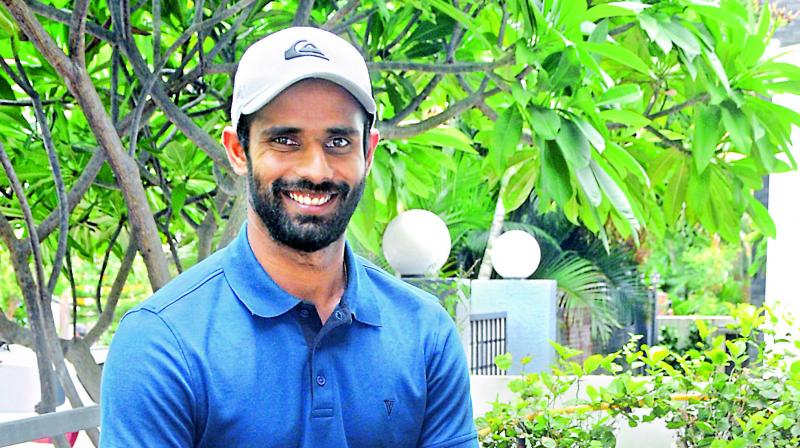 Showing no signs of fatigue or jet lag after arriving home in Yapral post his maiden test century in the recently concluded tour of West Indies, cricketer Hanuma Vihari is ready to settle down for a free-wheeling chat, where he talks about his cricket journey, support system and married life.

At just 25, Vihari has scored 6,000 plus runs in domestic cricket, earned brownie points in his first international year of cricket, got married, and sadly, lost a bit of hair too! “I started my first class cricket at an early age; perhaps that’s the reason I could score those runs. But I don’t know about my hair,” he chuckles sportingly.

Cue from Kohli
Vihari dedicated his first Test century against West Indies to his late father. Describing it as the most defining moment, he reveals, “I didn’t sleep well the night before because my thoughts were on getting the century. Once I reached the landmark, all the hard yards I had put in over the years were flashing in my mind. It took some time for it to sink in.” Vihari believes that it was his off-the-field interactions with Indian captain Virat Kohli that enabled him to take confident strides.

“In England and Australia, we used to go out for lunch, and Virat used to share anecdotes about his past experiences and what it takes to succeed at the highest level,” he reveals.

Mom, the driving force
The former Andhra captain credits his mother as the driving force. “I started playing at the age of 6. My father used to work in Singareni Collieries and when I turned 9, I felt that I could make a career in cricket. That’s when my family shifted to Hyderabad,” he recalls.

Just when he started excelling in the sport, Vihari lost his father, Satyanarayana in 2005. “I was just 12. It really shook our family but my mother Vijayalakshmi, a homemaker, took the onus upon her.”

Getting emotional, Vihari further states, “Realising my passion for cricket, my mother decided to support me to the core. She not only drew flak for her decision to let me prioritise cricket at the cost of my studies but also accompanied me for all the matches. And all those sacrifices nurtured me into a better human being.” He reveals his training under coaches like John Manoj at the St John’s Academy in Hyderabad helped him tie up the loose ends of his batting game.

Lady luck!
Vihari entered wedlock in May with his girlfriend Preethi Raj. And looks like lady luck is rubbing upon him. He blushes and says, “It’s surreal and I am enjoying it all, and trying to be a good husband (smiles). I couldn’t wait to come back home and celebrate my first Test Century with my wife; she is obviously very excited. She knows the efforts I have put in to reach this stage, and so he was happy and emotional too.”