Centuries of Rahul and Pant go in vain as hosts complete 4-1 rout. 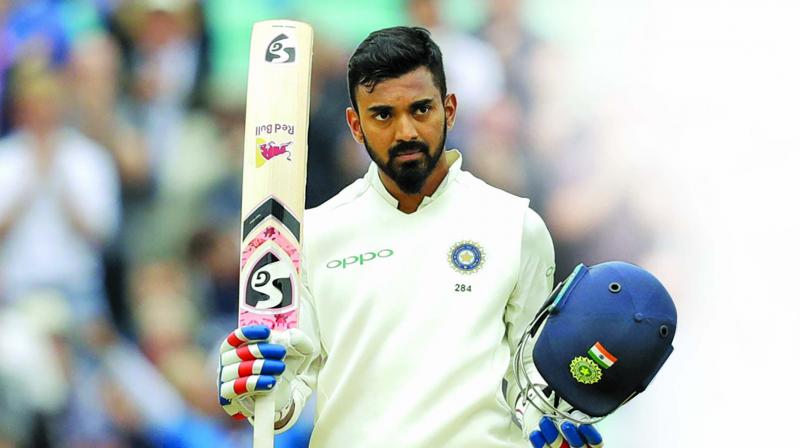 London: England beat India by 118 runs to win the fifth Test at the Oval on Tuesday. The match ended when James Anderson became the most successful fast bowler in Test history when he bowled Mohammed Shami for his 564th Test wicket, breaking the record he had shared with Australia's Glenn McGrath. The result saw England win the five-match series 4-1. India collapsed to two for three chasing a mammoth 464 to win. But a sixth-wicket stand of 204 in nearly 45 overs between opener KL Rahul (149) and wicket-keeper Rishabh Pant (114) gave them hope of an improbable win before both batsmen fell to leg-spinner Adil Rashid.

Earlier, Rahul and Pant both scored impressive hundreds as India continued to deny James Anderson a record-breaking wicket with a remarkable fightback against England in the fifth Test at the Oval on Tuesday. But their wickets ended India’s dreams. India’s recovery revived memories of their extraordinary drawn Test against England at the Oval in 1979 when, set 438 to win, they finished on 429 for eight with outstanding opener Sunil Gavaskar making 221.

Anderson broke the record for the most Test wickets by a fast bowler on Tuesday, claiming his 564th scalp to overtake Australia great Glenn McGrath. The veteran seamer, 36, went past McGrath with his third wicket of India's second innings in the fifth Test at the Oval.

Anderson knocked out Mohammed Shami's middle stump as the tourists were bowled out for 345. Retired spin bowlers occupy the top three places on the overall list of Test wicket-takers with Muttiah Muralitharan at No. 1 with 800 wickets.