The inaugural series will be played between Scotland, PNG, and Oman, from August 14 to August 21 in Scotland. 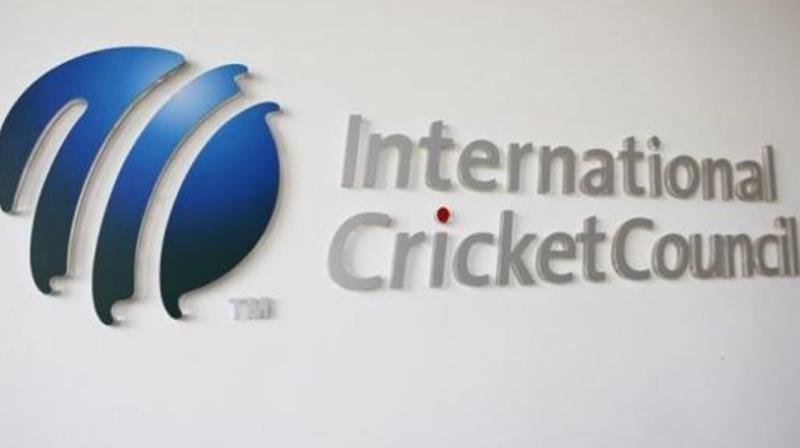 Each league will play in a six-team tournament format each year, meaning that each team will take part in five matches per year. (Photo: AFP)

League 2 will be played across 21 tri-series and provides more competitive cricket for the seven teams -- Namibia, Nepal, Oman, PNG, Scotland, UAE and USA. Each team will play 36 ODIs over the period of two and a half years from August 2019 to January 2022.

The inaugural series will be played between Scotland, PNG, and Oman, from August 14 to August 21 in Scotland. Each team will play four ODIs in the series and two points will be awarded to the team for each win.

After the conclusion of all 21 tri-series, three top teams will confirm their place in the ICC Men's Cricket World Cup Qualifier 2022.

The bottom four teams will drop into the Men's Cricket World Cup Qualifier Play-Off 2022, which is a repechage event to the Global Qualifier. They will be joined by the winners of Challenge League A and B.

The teams which manage to finish on the top two positions will still be in the race to participate in India 2023, by qualifying for the Cricket World Cup Qualifier 2022.

The teams for the ICC Men's Cricket World Cup Challenge League A are Canada, Denmark, Malaysia, Qatar, Singapore, and Vanuatu while in the Challenge League B, the teams are Bermuda, Hong Kong, Italy, Jersey, Kenya, and Uganda.

Each league will play in a six-team tournament format each year, meaning that each team will take part in five matches per year. The first Challenge League A event will be played in September 2019.

"The ICC Men's Cricket World Cup provided us with great entertainment and competitive cricket. I am delighted to see the start of the qualification process to India 2023. The new structure has given meaningful context to bilateral cricket for the Men's Cricket World Super League, but also more competitive opportunities to Associate Members," ICC quoted its Head of Events, Chris Tetley as saying.

"Men's CWC League 2 gives the seven competing teams, 36 One Day Internationals across two and half years and providing a real cricket calendar for Associate Members. The Challenge Leagues A and B will provide the opportunity for Associate teams ranked 21-36 to continue to play competitive cricket and give teams the opportunity to climb the ladder. It will be an exciting four years of cricket in the lead up to the next ICC Men's Cricket World Cup," he added.