India A were in a spot of bother at 22 for 3 after opting to bat on Thursday before Iyer and Vihari stitched 95 runs for the fourth wicket. 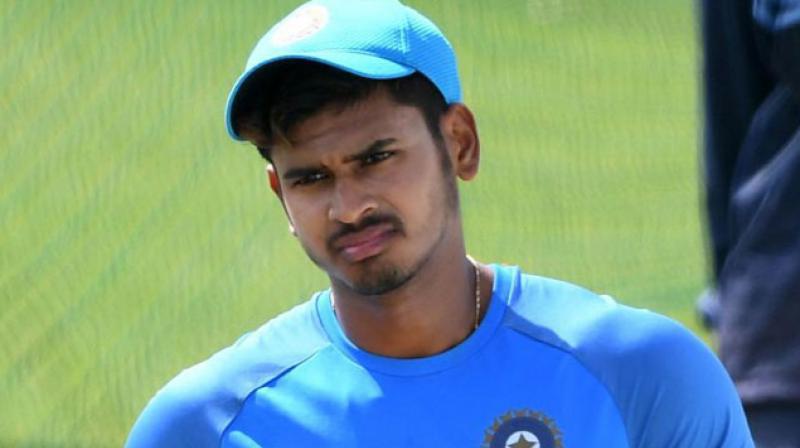 Coolidge: Shreyas Iyer made a match-defining 77 before the bowlers, led by left-arm pacer Khaleel Ahmed, guided India A to a 65-run win over West Indies A in the low-scoring first unofficial ODI here.

India A were in a spot of bother at 22 for 3 after opting to bat on Thursday before Iyer and Hanuma Vihari stitched 95 runs for the fourth wicket to lay the foundation for the team's 190-run total.

At a time when the spotlight is on the middle-order problems of the senior team following India's semifinal defeat to New Zealand in the World Cup, Iyer made a case for himself with a timely knock that came off 107 balls and was studded with eight fours and one six.

Iyer had the challenging job to repair the innings after openers Rituraj Gaekwad, Shubman Gill and skipper Manish Pandey departed inside the first eight overs.

Iyer, in the company of Vihari, who made a patient 34 off 63 balls, resurrected the Indian innings but once the duo departed, it all just fell apart for the visitors.

After Iyer was run out by Rovman Powell in the 36th over, West Indies A skipper Roston Chase (4/19) ran through India's lower-order with his off-spin to bowl out the opposition in 48.5 overs.

Pacer Akeen Jordan (3/43) too shone with the new ball for the Caribbeans.

Jonathan Carter and Powell contributed 41 runs each, among only the three West Indies A batsmen who could reach double-digit scores.

The second unofficial ODI of the five-match series will be played at the Sir Vivian Richards Stadium in North Sound, Antigua on July 14.