The Indian skipper achieved this feat during the ICC Women’s World Cup encounter against Australia in Bristol. 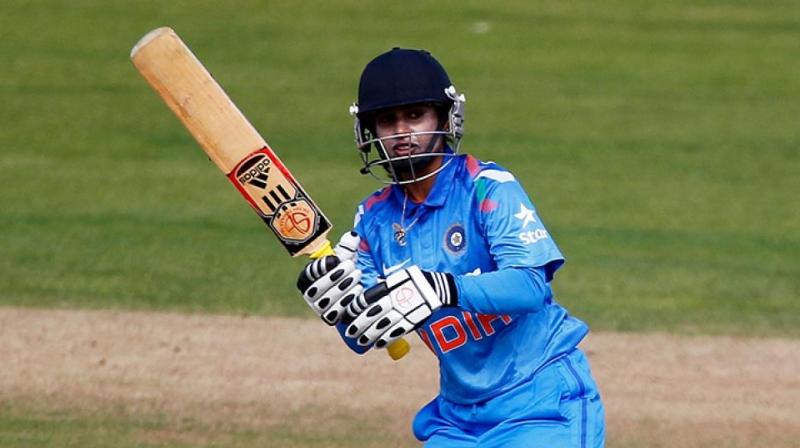 Raj has often been dubbed the 'Sachin Tendulkar of women's cricket'. (Photo: BCCI)

Bristol: Indian captain Mithali Raj on Wednesday surpassed Charlotte Edwards' record for the most runs in women's ODI cricket during the ICC Women’s World Cup match against Australia at the County Ground in Bristol.

Also to Mithali’s achievement, Raj has achieved the feat in less number of matches compared to Edwards. The Indian skipper also holds the third-highest average of all time in ODI cricket.

A hallmark of Raj's prolific career has been her consistency. In 1999, she burst onto the scene as a 16-year-old with a hundred on debut against Ireland at Milton Keynes, an innings that still makes her the youngest ever ODI centurion.

Three years later, and still only 19, Raj made headlines again, scoring 214 against England at Taunton in a Test match. That innings was the highest ever individual Test score at the time, a record surpassed only by Pakistan's Kiran Baluch in 2004.

Raj has often been dubbed the 'Sachin Tendulkar of women's cricket' and she shares one of the Little Master's greatest traits - longevity. 18 years after her debut, she is still breaking records, and she recently became the first woman to score seven consecutive fifties in ODI cricket.

Perhaps Raj's most remarkable stat, though, is that she has averaged over 40 in ODIs in 15 calendar years since her debut - the same number as Tendulkar managed over his own career. At 34, she still has time on her side to better Tendulkar's record.

As well leading from the front with the bat, Raj has been her country's commander in the field too, captaining the side since 2004 with the exception of a five-year period between 2008 and 2012. The highlight of her captaincy came in 2005 when at the age of 22 she captained India to its first ever Women's World Cup final, but were beaten by Australia.

Raj is likely to break another record held by Edwards in the not too distant future, with the 105 games that she has captained second on the list behind the ex-England skipper's 117. In those 105 games, India have fared better than the fixtures in which she has been back in the ranks - winning 61 per cent as opposed to 53 per cent when she has played without being captain.