Dhawan’s World Cup was thrown into disarray owing to the thumb injury which he picked up in India’s 36-run win over Australia on Sunday. 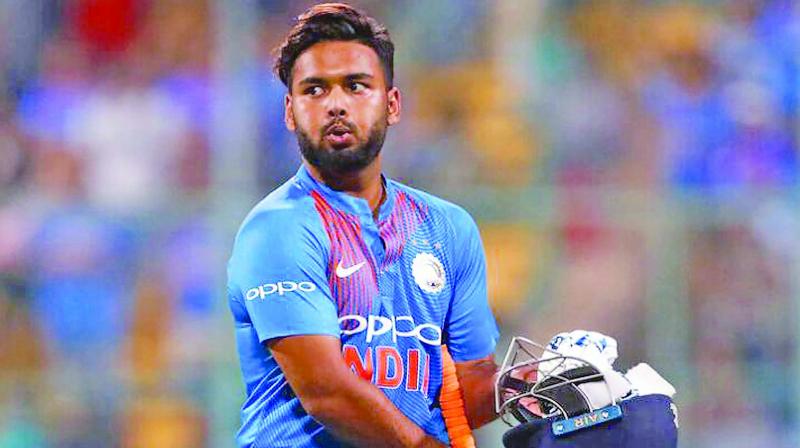 New Delhi: Sunil Gavaskar and Kevin Pietersen batted for Rishabh Pant’s inclusion but Gautam Gambhir said it is Ambati Rayudu who deserves to be called in if Shikhar Dhawan is ruled out of the India’s World Cup campaign due to a left thumb fracture.

Dhawan’s World Cup was thrown into disarray owing to the thumb injury which he picked up in India’s 36-run win over Australia on Sunday.

The opener scored a hundred in the match, playing through pain with a swollen thumb. He is set to miss the next two matches against New Zealand (Thursday) and Pakistan (Sunday). Possible replacements being talked about are standbys Pant and Rayudu along with India A captain Shreyas Iyer. “...it has to be Rishabh Pant. He has been in cracking hot form in the IPL. He would probably want to show that he deserved to be in the team in the first place,” Gavaskar told India Today when asked about his pick for replacement if Dhawan is ruled out.

“But if Shikhar and the doctors say that he can be fit in the next 18 days, then I would wait for him even if it means he sits out of the England game (June 30). Shikhar has shown that his pain threshold is high,” he added.

“For your country you bear the pain, you mentally strengthen and control yourself.”

The view on having Pant on board, if Dhawan is ousted, was echoed by former England batsman Kevin Pietersen.

“Shikha OUT the World Cup. Get Pant on the plane ASAP. KL Rahul to open and Pant at number 4...,” Pietersen tweeted.

Offering a completely different take was Gautam Gambhir, who retired earlier this year. “If Ambati Rayudu doesn’t make it as Shikhar’s replacement than his career is over. He averages 45 in ODIs and not being part of the World Cup with that average is very disappointing,” he said.  “If he doesn’t make it than he should pack his bags and his international career is over,” he added.