The 1992 champions have looked characteristically unpredictable in the current World Cup. 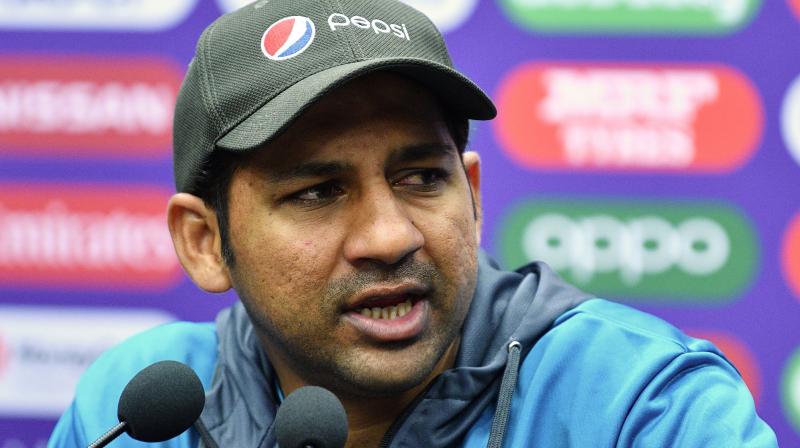 Australia thrashed a depleted Pakistan in the United Arab Emirates follow their thrilling 3-2 series victory in India to signal their preparation for a successful title defence. (Photo: AFP)

Taunton: Pakistan captain Sarfaraz Ahmed denied his team carry any scars from their 5-0 rout by Australia in March and is confident of victory in Wednesday’s World Cup contest against the reigning champions.

Australia thrashed a depleted Pakistan in the United Arab Emirates follow their thrilling 3-2 series victory in India to signal their preparation for a successful title defence in the World Cup.

“Our morale is very high, we got a momentum. So hopefully we’ll do very good against them tomorrow.”

The 1992 champions have looked characteristically unpredictable in the tournament as they began their campaign with a defeat by West Indies but bounced back in style shocking hosts England.

They split points with Sri Lanka after the match in Bristol was abandoned because of rain and the prospect of another washout looms large over their next outing.

“Firstly, we can’t control the weather, you know... But definitely if the match is shortened, definitely plan changes,” Sarfaraz added.

Australia’s Marcus Stoinis has been ruled out of the match with a side strain and fellow all-rounder Mitchell Marsh has been flown over to England as a back-up.

The five-time champions went down to India in Sunday’s match at the Oval where Stoinis sustained the injury.

Asked if he thought Australia were vulnerable after the loss and injury to Stoinis, Sarfaraz said: “I’m not thinking about them, or what they are thinking at the moment."

“I’m thinking about my team. We’ll make a good plan for them and hopefully, we will do well as a team.”