The crisis has forced ICC to provide every cricketer of the 10 participating nations with Sky Sports subscription vouchers. 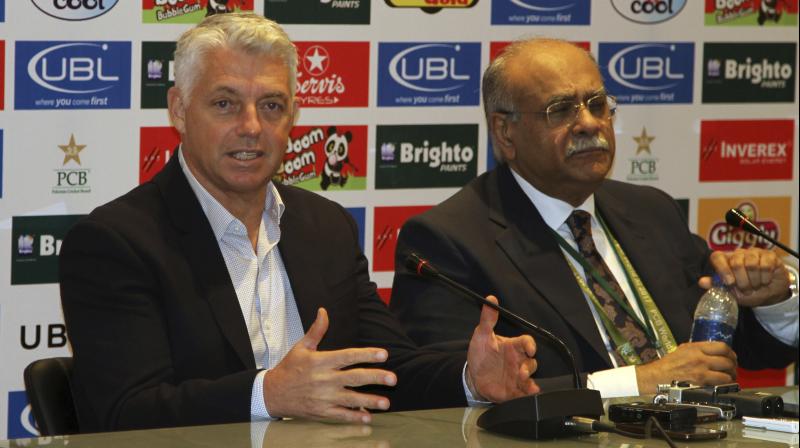 In earlier days, cricket used to be broadcast by the British Broadcast Corporation, which is government backed as well as free to air channel. (Photo: AP)

Nottingham: It's not always that a marquee event held in the country is not watched by the majority but blame it on Sky Sports' costly subscription plans, the World Cup is off TV limits in most of the residential facilities  be it apartments or hotels.

The crisis has forced International Cricket Council (ICC) to provide every cricketer of the 10 participating nations with Sky Sports subscription vouchers, which they can use on their smart phones, tablets or laptops.

Since paid channel Sky Sports won the broadcast rights from England and Wales Cricket Board, cricket coverage has been mostly out of bounds for the fans due to the high subscription rates.

In fact, a lot of hotels, which are hosting teams, have been told by the ICC to recharge their DTH subscriptions with Sky Sports so that the players can watch the matches.

"Every player has been given a Sky Sports subscription so they can watch every game. This is because some hotels don't carry premium subscription channels and we wanted to ensure they are all able to watch every game," an ICC spokesperson told PTI on conditions of anonymity.

In earlier days, cricket used to be broadcast by the British Broadcast Corporation, which is government backed as well as free to air channel.

It is learnt that Sky Sports subscriptions come for close to GBP 28 (INR 2500 per month).