'Final call on Dhawan only after 10-12 days': Sanjay Bangar

Dhawan will miss three to four games due to the hairline fracture on his left thumb and Rishabh Pant will join the team as cover. 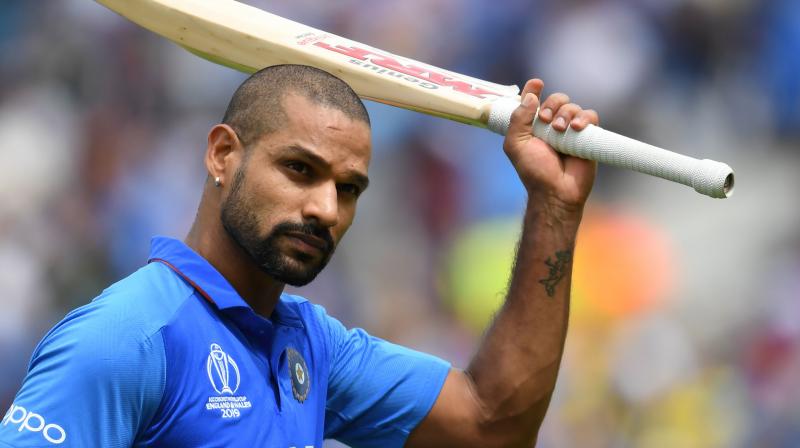 Bangar also informed that Pant is being summoned so that he can train with the team. (Photo: AFP)

Nottingham: A final decision on Shikhar Dhawan's availability at the ongoing World Cup will be taken only after 10 to 12 days as he is too "precious" to be ruled out just yet, India's assistant coach Sanjay Bangar said Wednesday.

Dhawan will miss three to four games due to the hairline fracture on his left thumb and Rishabh Pant will join the team as cover in Manchester ahead of the clash against arch-rivals Pakistan on Sunday.

"As far as Shikhar is concerned, we are observing him and it will take some time, around 10 or 12 days to figure out where he stands," Bangar said on the eve of the game against New Zealand here.

"We will be in a better position to take a call then because we don't want to rule out a precious player like Shikhar, straight at the time of the injury," he added.

The assistant coach's statement means that Dhawan will be out of the games against New Zealand (Thursday), Pakistan (Manchester, June 16), Afghanistan (June 22, Southampton) and West Indies (June 27, Manchester).

Bangar also informed that Pant is being summoned so that he can train with the team and be match-ready in case Dhawan is ruled out of the tournament.

"Since Dhawan's assessment will take 10-12 days, till that point of time, we wanted to make sure if and when the replacement is required and I am saying if and when, then it is always good to have a replacement player coming in and practising with the team as a stand-by," Bangar said.