The 27-year-old was overlooked after being out of action since January with a back injury. 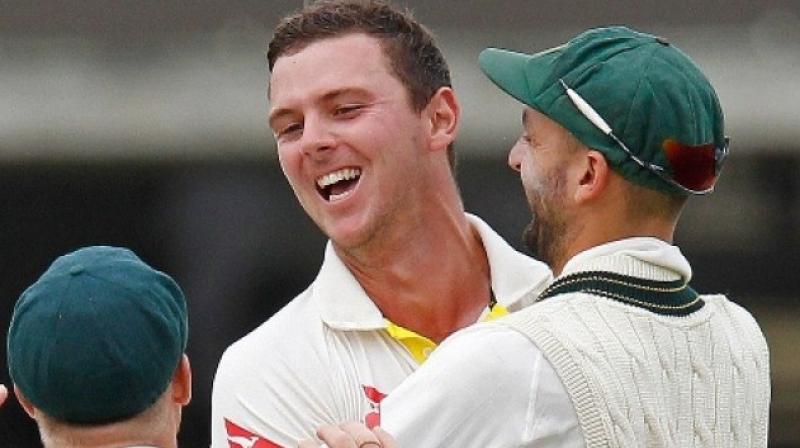 Brisbane: Australian pace spearhead Josh Hazlewood admits he is barely watching the World Cup as his disappointment at not being selected continues to cause him pain.

The 27-year-old was overlooked after being out of action since January with a back injury, as selectors preferred him to focus on getting ready for the Ashes Test series in England, which begins in August.

Hazlewood is currently in camp at Brisbane with the Australia A squads -- along with the likes of Peter Handscomb, Travis Head and Marcus Harris -- ahead of their departure for England on Friday for a seven-week tour.

Now fully fit, he said he was trying to avoid the World Cup and direct his energies elsewhere.

"I'm trying to focus on what I'm doing up here," he told cricket.com.au Wednesday.

"I'll sit down at night and watch a couple of overs but I'm trying to steer clear of it a little bit.

"The more you watch something, the more you probably miss it. So I'm just trying to pretend it's not on, to a degree." Instead, his focus is on the Ashes, and he warned that he would be fresh and raring to go against the English batsmen.

"I know I can do a great job when I'm physically pretty fresh and that's how I'm going to enter this Ashes, so I'm looking forward to it," he said.

Hazlewood is set to make his return in the one-day format for Australia A from June 20, before three red-ball fixtures starting on July 7.

Those matches culminate in an 'Australia v Australia A' four-day fixture in Hampshire, which will serve as a final selection trial for the Ashes squad.

"I've done as much as I can in the nets," he said. "It takes that time out in the middle now to get that extra couple of per cent up to one hundred."