ICC Champions Trophy, I can take my team to a World Cup win: AB de Villiers 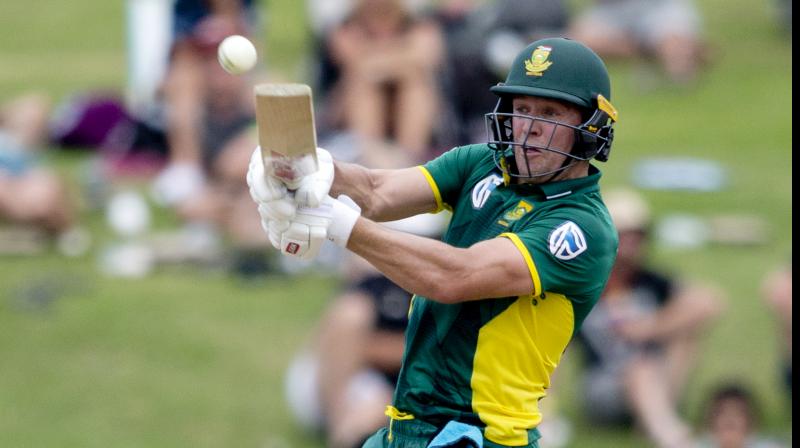 South Africa captain AB de Villiers feels confident of taking his side to World Cup win in 2019, despite an early exit from the Champions Trophy after a loss to India. (Photo: AP)

London: This isn't what AB de Villiers stopped playing test cricket for. The captain of South Africa came to the Champions Trophy believing his side had enough ammunition to end their 19-year trophy drought, saying "I got a good feeling about this one."

He was justified. In one-day internationals, he's the No. 1-rated batsmen, two teammates are in the top six, they have the top two bowlers, and the team's ranked No. 1.

But it wasn't enough, again, and South Africa crashed out in the first round on Sunday at The Oval, sent home by India for a third time in tournament history.

And it was the run out of De Villiers, one of the greatest cricketers of the modern era, which sparked South Africa's collapse from 140-2 to 191 all out.

Going for a tight single, he was caught well short on 16. Following previous scores of 4 and his first golden duck in ODIs, he leaves England with an average of 6.6, his worst in a tournament with a minimum of three matches.

"We do come up short for some reason in tournaments like this, and it is pretty sad," he said. "I can't explain to you exactly what happens. Nothing to do with the energy or the intensity or the belief in the team. We felt we had a great chance today. And then we just unraveled."

He doesn't believe they have a mental handicap. They've gone through sports psychologists in and out of camp, and planned for it. "We just didn't play very well," he said.

De Villiers gave up the test captaincy in December and has continued to withdraw from test series to extend his great ODI career in order to win South Africa's first trophy since 1998, seven years before he made his ODI debut. By his own admission, he's pretty desperate.

His fourth Champions Trophy didn't work out, but that hasn't stopped him looking forward to what he hopes will be his fourth Cricket World Cup in 2019, back in England.

"Not a lot of people believe me but I feel (we're) pretty close (to a championship). I don't think it feels far away. It is very difficult to say that after a performance like this, but that's what I believe in my heart. I believe we're the very closest unit. There's more than enough talent, and we've just got to get it right when it matters most, " he said.

Despite his bad luck here, he's far from finished as a batsman. After a left elbow operation in October, he came back in February and scored two half-centuries against Sri Lanka, two more half-centuries in New Zealand and, just before the Champions Trophy, he averaged 62 in a series loss to England.

He's not considering giving up the ODI captaincy either.

"Because I'm a good captain. And I can take this team forward. I can take us to win a World Cup, I believe. And I believe the same thing over here in this tournament and the last one. I love doing it, " he added.