Search for fresh talent on

The same four-member panel also forms the U-23 Selection Committee. 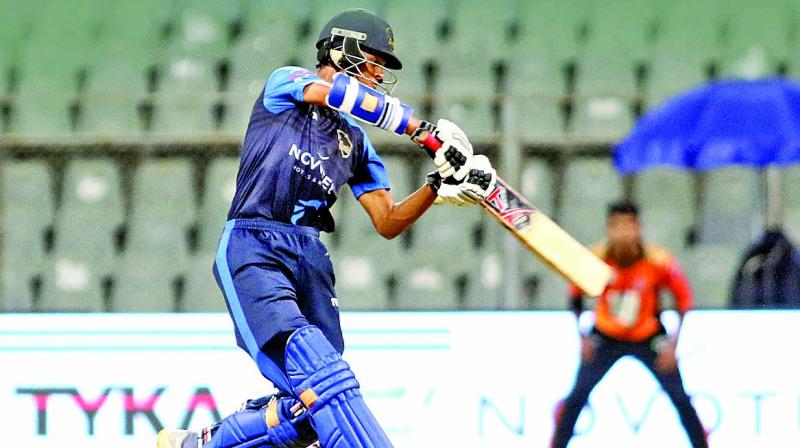 The second edition of T20 Mumbai League starting from Tuesday will be a good opportunity for new MCA selection panel led by former Mumbai skipper Milind Rege. The 70-year-old Rege was commentating on the tournament in the inaugural edition after he was dumped a season before as Chairman of Selector despite Mumbai reaching the final in 2016-17 season after having won the tournament for the record 41st time in 2015-16.

Rege was replaced by Ajit Agarkar led selection panel and coach Chandrakant Pandit made way for Sameer Dighe to bring “fresh ideas” but Mumbai were knocked out by Karnataka in the quarters during 2017-18 season. Dighe lasted just one season and new coach Vinayak Samant took over but Mumbai disappointingly failed to reach Ranji Trophy knock-out in the just concluded season. They however managed to win Vijay Hazare one-day trophy with all stalwarts including Ajinkya Rahane, Shreyas Iyer and Prithvi Shaw available and also Rohit Sharma for couple of games. Rege brings loads of experience having served as MCA selector since 1980s after his retirement as player. He was first appointed as Chairman of Selectors in 2011 and then again in 2015. This will be his third term at the helm of MCA Selection committee in a decade.

He along with committee members Guru Gupte, Shridhar Mandale and Sanjay Patil will be keenly observing the tournament from the sidelines. The same four-member panel also forms the U-23 Selection Committee. They will have broader choice this season as two more teams have been added meaning influx of more players.

Mumbai have been badly hit in the bowling department with dip in form of Dhawal Kulkarni and injury concerns to Shardul Thakur. The team, which had rich resources of classy spinners like Ramesh Powar, Sairaj Bahutule and Nilesh Kulkarni at one time, has not been able to find the spinner of same class since Powar moved to other team.

Tushar Deshpande was the only pacer who impressed again with his credentials during the inaugural T20 Mumbai League and 16-year-old batsman Yashasvi Jaiswal showed his maturity at the senior level. Besides allrounders Shivam Dube and Akash Parkar showed their talent again. This time around selectors will be keen to unearthen new talent especially in bowling which didn’t happen in the first edition.

Samant also complained about lack of new bowling talent last time around despite MCA conducting separate talent hunt search for bowlers. His place as coach though is also not safe after MCA invited applications for the coach of the senior team, U-23 team, junior teams and women’s teams on its website. The former Mumbai stumper will have to apply again if he wants to stay as the coach of Mumbai senior team. The revamped Cricket Improvement Committee (CIC) will shortlist the candidate. The CIC is chaired by former India skipper Dilip Vengsarkar, also comprises ex-India pacer Raju Kulkarni and former Mumbai spinner Kiran Mokashi.

MCA has announced publicly the remuneration of the coach as 24 lakhs and additional bonus of 12 lakhs on winning the Ranji trophy and six lakhs on finishing as runners up. Renumeration and bonus has also been announced for the junior men’s and women’s team coaches.