CSK defeated RR by four wickets in a match that ended in controversial fashion. 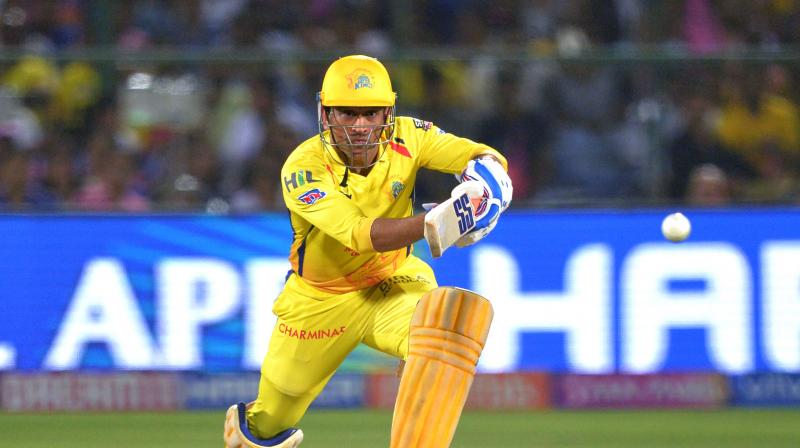 The incident took place after Dhoni was dismissed for 58 runs off 43 balls while CSK was chasing a target of 152. Following his dismissal, RR's Ben Stokes bowled a high-full toss delivery to Mitchell Santner that was above the waist. (Photo: AFP)

New Delhi: Chennai Super Kings (CSK) skipper MS Dhoni has been fined 50 per cent of his match fee after his fierce-on field argument with the umpires during his team's thrilling last-ball win over Rajasthan Royals (RR) at the Sawai Mansingh Stadium in Jaipur on Thursday.

"MS Dhoni, the Chennai Super Kings captain, was fined 50 per cent of his match fees for breaching the VIVO Indian Premier League’s (IPL) Code of Conduct during his team’s match against Rajasthan Royals at Jaipur," an official statement said.

"Dhoni admitted to the Level 2 offence 2.20 of the IPL’s Code of Conduct and accepted the sanction," it added.

The incident took place after Dhoni was dismissed for 58 runs off 43 balls while CSK was chasing a target of 152. Following his dismissal, RR's Ben Stokes bowled a high-full toss delivery to Mitchell Santner that was above the waist.

While umpire Ulhas Gandhe was about to signal the delivery as a non-bell, Bruce Oxenford, standing at square leg, said it was a legitimate delivery. Seeing this, Santner and Ravindra Jadeja got into an argument with the umpires.

A visibly-upset Dhoni, who was standing at the dugout, charged onto the field and got involved into an altercation with the match officials. But, the umpires stood with their decision.

With three required off the last ball, Santner finished off the game in style, smashing off a six off Stokes.

With the win, Dhoni has added another feather to his illustrious career, becoming the first captain to register 100 wins in the Indian Premier League (IPL).

CSK now sits at the top of the table with 12 points, having won six games and losing a solitary game in seven of their matches played so far in the tournament.