Brother duos who are on the same side can play on each other’s strengths and become a strong team by themselves, says a sports psychologist. 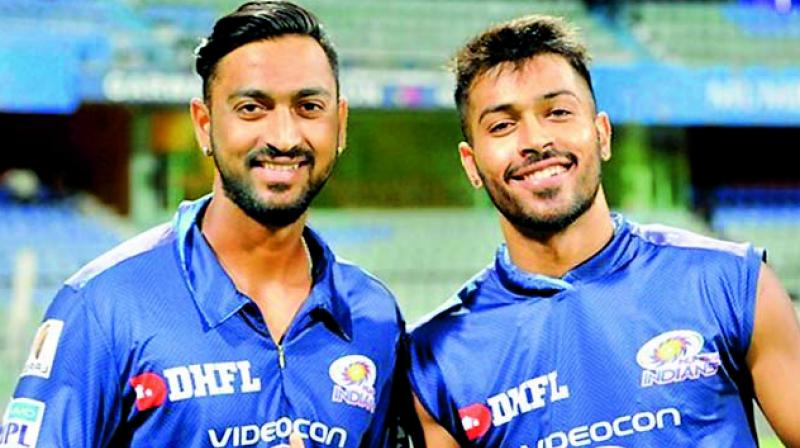 In the case of the Pandya brothers, Krunal is two years older than Hardik, but the latter made his international debut first

Hardik and Krunal Pandya are India’s third pair of brothers playing the T-20s in New Zealand, with Pathan brothers — Irfan and Yousuf and Amarnath brothers — Mohinder and Surinder having played international matches together for India earlier.

According to renowned sports psychologist Varadayini Gorhe, who has worked with several athletes in the past, when siblings start playing the same game, comparisons are inevitable and often start at home itself.

In the case of the Pandya brothers, Krunal is two years older than Hardik, but the latter made his international debut first. “Sometimes, the younger sibling feels jealous of the older one (or whoever has started the game first or is better at the game). But if the environment at home encourages both the siblings to progress without comparison, it can be a big motivating factor for success in their careers,” says the psychologist.

She adds, “In such cases, both siblings are role models to each other. They also develop their niche as they grow up. Hardik Pandya is a spinner-turned-fast bowler whereas Krunal is a spinner- both have different strong technical points. So as they get older and firmer with their techniques, jealousy reduces and camaraderie increases — which is evident in the case of the Pandya brothers.” Citing the examples of other brother pairs such as Steve and Mark Waugh, Andy and Grant Flower or bowlers Shane and Brett Lee and Albie and Morne Morkel, Gorhe says, “They end up being a good team by themselves. They can support each other through thick and thin when they are in the same team, and become strong partners while batting as they know each other in and out.”