Electing to bat after winning the toss, Tamil Nadu lost M.S. Washington Sundar (14) at 29, but not before he had hit two boundaries and a six. 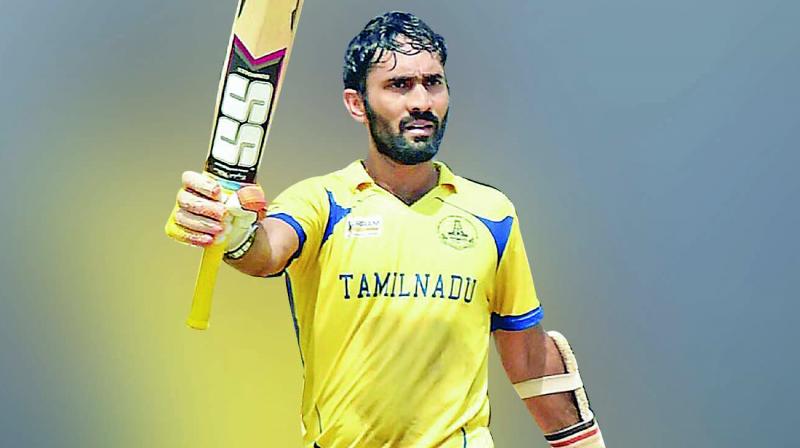 Dinesh Karthik (56) scored his third half-century on the trot to star with the bat again as Tamil Nadu posted 155/5 in their quota of 50 overs before restricting Goa to 130/7.

Skipper Vijay Shankar returned to the side after missing their first two games owing to injury concerns, but couldn’t do much with the bat, falling for four to Amogh Desai.

Electing to bat after winning the toss, Tamil Nadu lost M.S. Washington Sundar (14) at 29, but not before he had hit two boundaries and a six.

Karthik, who has been in superb form, got into the act quickly and hit shots all round the wicket. He smashed six fours and a sixer before falling in the 15th over.

Though Abhinav Mukund (12) and Shankar fell in quick succession, Karthik found an able partner in B. Aparajith (26). The two added 54 runs in just about seven overs.

Goa’s chase was stifled by the loss of wickets at regular intervals with none of the batsmen being able to get a big score. Skipper Sagun Kamat made the top-score of 41 but tight bowling by the Tamil Nadu bowlers made things difficult.

Leg-spinner M. Ashwin, who kept things tight in the middle along with offie Washington Sundar, picked up two wickets each while left-arm spinner R. Sai Kishore bowled just one over to scalp one victim. Medium-pacers K. Vignesh and Athisayaraj Davidson got a wicket apiece.

Meanwhile in matches played in Visakhapatnam, Karnataka edged out Hyderabad by two runs while Andhra Pradesh cruised to a six-wicket win over Kerala.