Gujarat were under pressure after the fall of their prolific openers but Patel’s plucky knock put the pressure back on Mumbai. 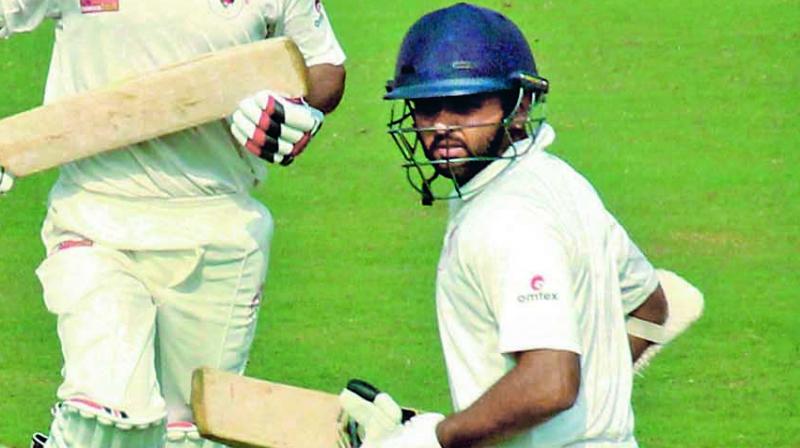 Indore: Parthiv Patel led from the front and got a good support from Manprit Juneja to help Gujarat take a handy 63-run lead over defending champions Mumbai at stumps on Day Two of the Ranji Trophy final here today.

Patel played the sheet anchor role with a solid 90 off 146 balls before missing out on a deserving hundred, as Gujarat reached 291/6 at the end of the day’s play in response to Mumbai’s 228. Gujarat will now look to maximise their advantage going into Day Three.

Chirag Gandhi and Rush Kalaria were batting on 17 and 16 respectively when the stumps were drawn. Having put on a solid 69-run stand with Bhargav Merai (45), Patel added 120 runs for the fourth wicket with Juneja, whose 77 off 95 balls took the game away from the opposition.

Mumbai, however, had something to cheer about in the final session where they managed to pick up three wickets including the important ones of Patel and Juneja. Gujarat, having made the final after 66 years, suffered a severe blow early in the innings by losing in-form openers Priyank Kirit Panchal and Samit Gohel cheaply, their leading run getters in the tournament.

Gohel, who was dropped by teenage sensation Prithvi Shaw off the first ball of the innings yesterday, could only score four runs off 34 balls before being caught at first slip off pace spearhead Shardul Thakur.

Panchal, the season’s leading run-getter with close to 1300 runs, had a rare lean outing as he was caught behind off Abhishek Nayar after crawling to six runs off 51 balls. Gujarat were under pressure after the fall of their prolific openers but Patel’s plucky knock put the pressure back on Mumbai.