This is a crucial match for both the teams as India had won the first match and West Indies had won the second match. 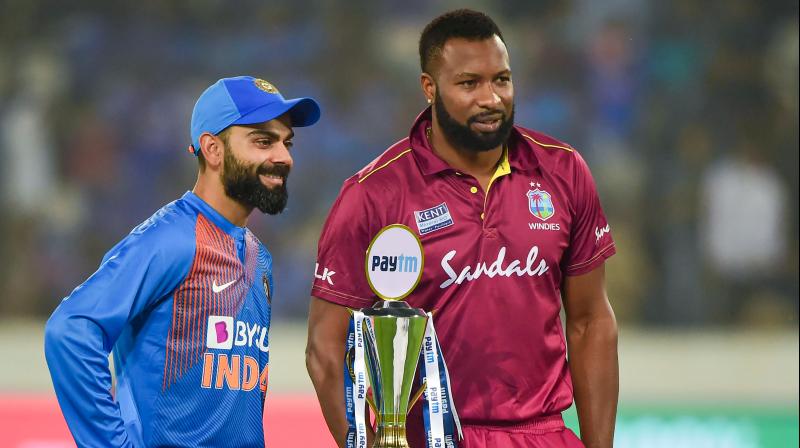 Virat Kohli: "I think it's a great wicket to score runs. We have been tentative while batting first. T20 cricket goes that way. We were about 15 runs short (in the last game). Fielding is an important part of this format. If we had taken our chances, things could have been different. As a batsman, you try to get into your zone first. This is a ground where you can always catch up. Those who get a fifty, need to ensure that they carry on and score those extra 25 runs for the side. We've got two changes - Shami comes in for Jadeja, Kuldeep comes in for Chahal."

Kieron Pollard: "We're gonna field first. Obviously here, dew plays a factor when you bat second. It's a new wicket, hopefully, we can restrict them to a chaseable total. I think it was a good performance (in the last game). We're always looking to improve and there are a couple of areas to improve on. It's a fresh wicket and hopefully, our guys can make use of it with the new ball. We're unchanged!"