Twitter, which acts as the bane of Rishabh Pant, took another mean swipe at the young wicketkeeper. 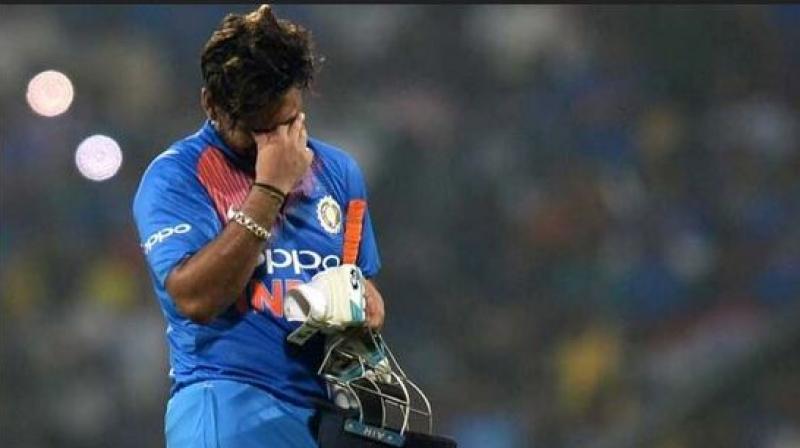 Rishabh Pant's batting and his wicket-keeping skills came under a lot of criticism from the fans along with the inability to take DRS calls for India while behind the stumps. (Photo: AFP)

Mumbai: Nothing is going right for Rishabh Pant at the moment. Although the youngster is trying to prove his doubters wrong, he seems to fail at the end moment. His performance against Bangladesh in the recently concluded T20 series made sure that he has no respite from the internet trolls.

His batting and his wicket-keeping skills came under a lot of criticism from the fans along with the inability to take DRS calls for India while behind the stumps. After botching up a stumping in the second Twenty20 in Rajkot, Pant perished while attempting a slog in the series-decider on Sunday.

His struggle with the DRS also continued in the third T20I match as he made an unsuccessful appeal for Mohammad Naim’s wicket and convinced Captain Rohit Sharma to review the umpire’s decision, with no success.

* Rohit Sharma thinking to take or not to take the DRS *

Rishabh Pant is the 'elaichi in the Biryani' of the Indian Cricket team.#INDvBAN #RishabhPant

People in diaper have better shot selection than the 1's in pants😂😂.#RishabhPant #BCCI #Cricket pic.twitter.com/pdJ1jfH4wX

Selectors giving time for #rishabhpant to showcase his talent and we .... pic.twitter.com/9K9YJv34q1

Friend :- Give sometime to #rishabhpant he will be next Dhoni

Pant in this series #INDvBAN pic.twitter.com/h0tE5Sopa5