After playing eight ODIs, Iyer has registered an impressive average of 46.83 with a striking rate of 98.25. 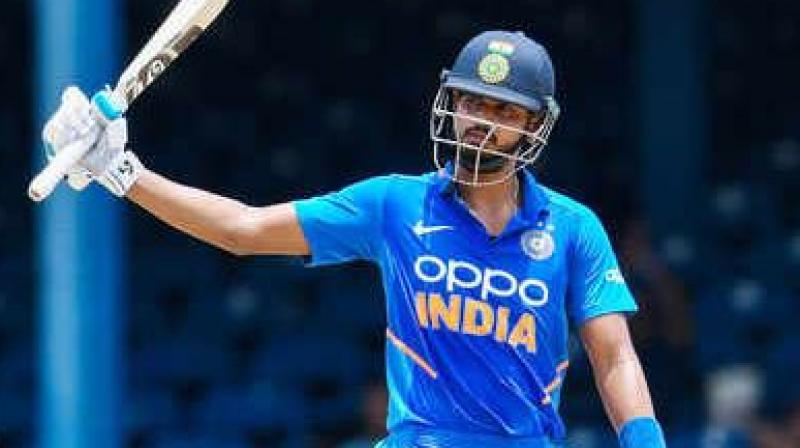 During India’s innings, Shreyas Iyer smashed a match-winning knock of 62 runs from 33 balls along with KL Rahul, who also hit a 35 ball 52, as the duo ensured that the team reached 174. (Photo:AFP)

Mumbai: After India’s 30-run victory over Bangladesh in the third and final T20I, the hosts sealed the series 2-1. India’s performances came from all departments – batting, bowling and fielding as the Rohit Sharma-led team denied the visitors their first series win over India.

However, the batsmen had to ensure that the team reached a decent and challenging total of 170 plus, before handing over the baton to the bowlers. During India’s innings, Shreyas Iyer smashed a match-winning knock of 62 runs from 33 balls along with KL Rahul, who also hit a 35 ball 52, as the duo ensured that the team reached 174.

After KL Rahul got out in the 12th over, the onus was on the pair of Iyer and Rishabh Pant to get India out of a precarious situation. Iyer, who looked all set and in control, ensured that the strike kept rotating, while on the other hand, out of form Rishabh Pant looked all nervy.

All Pant had to do was to give the strike back to the in-form Shreyas Iyer, but the young wicket-keeper trying to get the pressure off, got out cheaply after scoring just six runs, leaving India reeling under pressure at 139/4. Despite Pant’s failure, India somehow managed to reach 174, after a small cameo from Manish Pandey, who scored 22 off 13.

Had it not been for Iyer and Rahul’s vital partnership, India would have ended up at 150 or 155. Iyer’s display has once again proved that the right-handed batsman is the future number four for India.

Since the past few months, the Mumbai Indians batsman has been performing consistently, regardless of whichever batting slot he is allocated. After playing eight ODIs, Iyer has registered an impressive average of 46.83 with a striking rate of 98.25.

The right-hander has already scored three 50s in the recent away T20I and ODI series against the West Indies. And with the recent impressive performance against Bangladesh, the selectors have already given him the “heads up” that he will be the designated number 4 for India.

After India’s victory over Bangladesh, during the post-match press conference Iyer stated, “For me personally, they (team management) have given me a heads up that 'You'll be there at No.4. So just back yourself and believe in yourself'."

Iyer also stated how important the last three months were for him. "It has been a really important last few series for me to set the benchmark at the No. 4 position, which all of us are competing for at the moment", added the right-handed batsman.

The debate for India’s number four position has been continuing since the 2015 World Cup campaign. Since India’s exit from the 2015 World Cup, several players have been tried at the highly debated position, but no one seemed to have fit according to the selectors and the team management.

Most importantly, even if someone seemed to be fit for the position, the selectors and the team management either didn’t back him up or either have reshuffled too much. However, with Iyer’s recent statement, it is more or less certain that the right-hander is here to stay at the number four position for a long time.

Even if the Mumbai Indian batsman doesn’t perform for a while, the selectors and the team management must show faith in him, back him up and stop reshuffling the batting positions frequently.